A recent study by U of I psychologists indicates that amphetamine abuse by adolescents can lead to potentially significant memory loss as adults even long after they’ve stopped taking the stimulant.

In animal studies conducted by psychology professor Joshua Gulley and graduate student Jessica Stanis, the findings were most pronounced in short-term or “working” memory when high exposure to amphetamines occurred during adolescence.

“Adolescence is a time when the brain is continuing to develop into its mature form, so drug exposure during this critical period could have long-lasting, negative consequences,” Gulley says. “Our findings reveal that adolescents are particularly sensitive to the adverse effects of amphetamine on cognitive function and that these effects can persist well after drug use is discontinued.”

The concerns are greatest for adolescents who abuse amphetamines, Gulley says, as they might use much higher doses than those who are prescribed drugs that contain amphetamines. Gulley found that rats exposed to high doses of amphetamines at an age that corresponds to the later years of human adolescence display significant memory deficits as adults—long after the exposure ends.

The researchers tested two types of amphetamine exposure: intermittent (a steady dose every other day) and “binge-escalation,” in which increasing amounts of the drug were given to rats over a period of four days, followed by a simulated binge (a high dose every two hours for eight hours on the fifth day).

While Gulley didn’t rule out the possibility that amphetamine exposure may also adversely affect adolescents who take the stimulant as prescribed, such as for attention deficit hyperactivity disorder, he cautions that the doses used in his experiments are on the high end of what an older, larger adolescent might receive as a therapeutic dose. Further study is needed to tease out the implications for therapeutic cases. 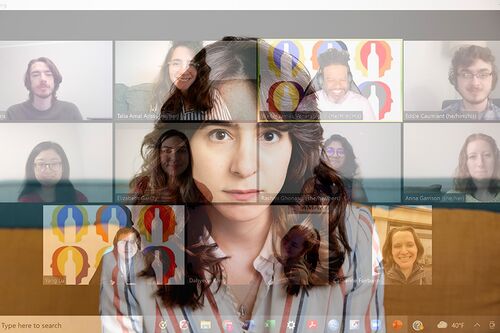 Read article:
Staring at yourself during virtual chats may worsen your mood, research finds
Research comes as online chats grow 30-fold during the pandemic
END_OF_DOCUMENT_TOKEN_TO_BE_REPLACED