The LAS Dean’s Distinguished Lecture series provides an opportunity for members of the LAS community and the broader campus community to hear from some of the college’s most distinguished faculty and alumni. Talks are appropriate for people of all backgrounds, so previous knowledge in a specific topic is not required. Talks are open to the public.

Presented by Rana Hogarth, associate professor in the Department of History

This presentation was held on Thursday, April 29.

Race mixing—particularly between Blacks and whites—alarmed American eugenicists in the early 20th century. Charles B. Davenport, one of the nation’s leading eugenicists, was so preoccupied by race mixing that he published two studies on people of Black and white ancestry—a class of people he concluded was “badly put together” and “ineffective.” These two studies serve as points of entry for examining early 20th-century efforts to define people of African descent as inherently unfit.

During this presentation, Rana Hogarth, associate professor in the Department of History, draws attention to the ways anti-Blackness and slavery-era ideas about race informed scientific knowledge production. She demonstrates how early 20th century attempts to measure, objectify, and pathologize mixed race individuals with Black and white ancestry rendered Blackness an unfavorable trait in white eugenic discourses and beyond. 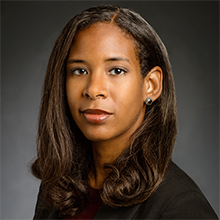 Rana Hogarth is an associate professor of history at the University of Illinois Urbana-Champaign. She holds a Ph.D. in history, with a concentration in history of science/history of medicine from Yale University; an M.H.S. in health policy from the Johns Hopkins Bloomberg School of Public Health. She is the author of “Medicalizing Blackness: Making Racial Difference in the Atlantic World, 1780-1840” (University of North Carolina Press, 2017). Her research highlights how the professionalization of medicine and the production of scientific knowledge in the Americas was bound up with the making of race.

Earth BioGenome Project: Sequencing Life for the Future of Life

Presented by Gene E. Robinson, Director of the Woese Institute for Genomic Biology and Swanlund Chair of Entomology and Neuroscience, on October 29, 2019.

Increasing our understanding of Earth's biodiversity and responsibly stewarding its resources are among the most crucial scientific and societal challenges of the new millennium. These challenges require fundamental new knowledge of the organization, evolution, functions, and interactions among the entire planet's organisms.

This lecture describes the Earth BioGenome Project (EBP), a moonshot for biology that aims to sequence, catalog, and characterize the genomes of all of Earth's eukaryotic biodiversity over a period of 10 years.