Skip to main content
Media bias often lies in the eye of the beholder, researchers say

Prior to joining the University of Illinois in the 1990s, Scott Althaus was a soldier stationed in Germany during the tail end of the Cold War. He saw things in news reports from the United States that didn't align with events in Europe as he observed them in the mid-1980s.

This piqued his interest in researching news bias in political coverage. Today he has a joint appointment in the departments of Political Science and Communication, and serves as the director of the Cline Center for Advanced Social Research. He studies whether the news is politically slanted.

"It's important to clarify what people think about bias in the news," Althaus said. “I think when people talk about bias they have an expectation that there's an objective way to report on the world in all of its nuances and complexities. But there's not—any news report will have to simplify things in one way or another."

An added twist is that many people will tend to perceive news reports as biased even when they’re not: “The basic insight here is the people who hold strong political views (regardless of which direction) tend to perceive even perfectly balanced news as being biased against their positions. Strong conservatives tend to see the news as having a liberal bias, and strong liberals tend to see the same news stories as having a conservative bias,” Althaus said.

Althaus teaches a class cross-listed in political science, communication, and media studies called Politics and the Media. It covers topics such as understanding how the mainstream news operates, why it produces the content it does, and why we see the news the way we do.

Up until the 19th century and early 20th century, newspapers were often created to advocate a particular political view, and readers expected articles to be slanted. However, as readers began demanding more reliable information, the notion of objectivity in news—a fair, impartial, and heavily fact-based approach to describing events—emerged as a more practical and acceptable approach to describing events.

"The mainstream media is designed to produce a stream of reliable information,” Althaus said. “A lot of the expectations of bias (in news coverage) come from a period of news coverage in the U.S. that is very much an exception to the rule. Today, objectivity reigns, but before we had objectivity, we had advocacy news. It’s important to understand that."

David Tewksbury, a professor of communication and executive associate dean for the College of LAS, started graduate school at the University of Michigan just when CNN became a household brand.

"Back then, it was pre-internet news," Tewksbury said. "My research was really about how the monolithic media organizations were controlling American politics."

Today, the media climate has changed dramatically, Tewksbury said, and the idea of a small handful of networks controlling how news is portrayed is antiquated. Tewksbury’s research examines the role of the news media in democratic systems and how news audiences select news content in the contemporary media environment.

This changed, however, as audiences began demanding more accuracy and reliability in the news. The idea that journalists should strive to report accurately and fairly became the norm—so much so that journalists who didn’t report objectively (or were accused of bias) were singled out.

"In the 1970s, 80s, and 90s, researchers really looked at how people perceived the accuracy of news journalists especially in print," Tewksbury said. "In the 1980s it started with conservatives in the U.S. launching a very intentional campaign to argue that the majority of almost all news was biased. Then in the 90s, Fox News became known for their political slant."

No matter how balanced a news organization is, both sides of the political aisle will often say that a certain news article is biased against them, Tewksbury said. To get past this, and to obtain as much of a complete view of news events as possible, Tewksbury looks at a variety of news sites ranging from The New York Times to Fox News and CNN.

"The best thing to do is to sample widely," he said. "There’s never one site that's the best or that's not appropriate because things change and people make mistakes. Bias is in the eye of the beholder."

Read article:
More than 40 new faculty members begin fall semester in the College of LAS
Specialties range from migration to cognitive science and the impact of hip-hop
END_OF_DOCUMENT_TOKEN_TO_BE_REPLACED 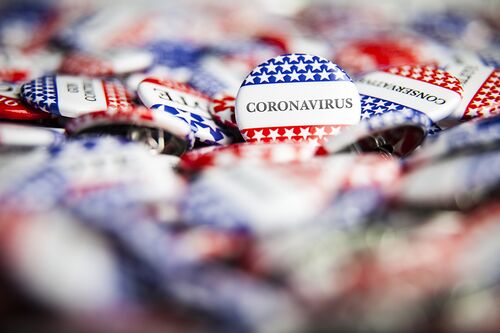 Read article:
COVID-19 and the elections: What can we expect?
Political scientist discusses the impact of the pandemic during a pivotal election year
END_OF_DOCUMENT_TOKEN_TO_BE_REPLACED 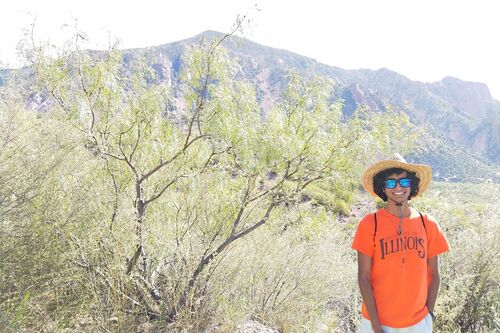