It’s early evening as I follow the researchers to their work site on the Phillips Tract, just east of Urbana. When we get there, I immediately notice two things: We are standing in a vast grid of prairie plots with neatly mowed paths between them, and there are tents – dozens of dollhouse-sized tents.

The vegetation is only about thigh-high – the researchers planted the site in 2018 – but it’s obviously a prairie. I see bee balm, gray-headed coneflower, partridge pea, and other common prairie plants. The tents are placed in tidy rows inside some of the plots.

The University of Illinois, Urbana-Champaign owns this land and is using it as an outdoor laboratory where researchers and students can address agricultural or ecological questions. Entomology professor Alexandra Harmon-Threatt has taken advantage of the opportunity. She is the driving force behind this carefully planned grid.

Two years ago, Harmon-Threatt built this outdoor laboratory by planting more than 80 prairie species here, most of them flowering plants. Her mission is to attract wild ground-nesting bees. She is here to see which bees are showing up and how they’re doing. But that’s not all she’s after.

Harmon-Threatt and her team fan out into the site and get to work. There’s much to do before the sun goes down.

“These are 20-by-20-meter plots, and there are 96 of them,” she says as we walk down one of the rows. “This is a large-scale experiment to see if we can manipulate the soil to benefit bees. Specifically, we want to see if we can increase nesting and decrease the presence of pesticides.”

Half of her 96 plots were treated with agriculturally relevant levels of neonicotinoid pesticides. Working with natural resources and environmental sciences professor Anthony Yannarell, she also is manipulating plant diversity, carbon content and microbial composition of the soil to see how these factors affect pesticide breakdown and, ultimately, bee health.

“Neonicotinoids are really prevalent anywhere corn and soy are planted,” Harmon-Threatt says. “This gives us an opportunity to see if we can alter their breakdown in the soil.”

The tents capture the ground-nesting bees when they emerge from their subterranean homes in daylight. Each tent funnels the bees into a chamber above a vat of soapy water. Any bees eventually fall into the water, making them easier to collect. Harmon-Threatt takes the insects back to the lab for identification, genomic studies and other tests.

So far, the team isn’t finding much. This is their second deployment of the tents this season, and they’ve found only 12 ground-nesting bees so far, out of 80 tents placed in two locales on different nights. This is probably because the prairie is still quite young and the bees are only just getting established.

“The bees we do find tend to be things in the family Halictidae,” Harmon-Threatt says. “That includes things like Lasioglossum. That’s the genus. And sometimes we get Augochlorella. Those last ones are bright green and really beautiful.”

The team also has found Andrena, or mining bees, which are in a different family, she said.

These insects are smaller than honey bees and have a different lifestyle. The ones that interest Harmon-Threatt burrow into the soil to make their nests. Most of them provision their young with a mass of pollen and nectar inside a waterproof cell.

Studies of wild bees often focus on how they contribute to pollination. There is evidence that these tiny insects play an important role in pollinating wild plants and even crops. But Harmon-Threatt wants to know more about the bees than what flowers they pollinate.

“For most species, we have very little data on their nesting habits,” she tells me. “There are some indications that they like to nest in bare ground with a certain amount of moisture, but we really don’t know why they choose some nesting locations over others.”

While studies are scarce and most focus on declines in honey bees, the evidence suggests that native bees also are suffering steep population declines, Harmon-Threatt says.

“If we want to bring the bees back, we have to figure out exactly what it is they need and what really hurts them,” she says. Restoring prairies may not be enough, or the way the prairie is structured may make a big difference in how much it helps the bees.

“The nesting piece lets us know whether we’re just making pretty landscapes or whether we’re building the bees lasting homes,” she says. “So that’s why I do this. Because if we really want to conserve pollinators, we’ve got to make it last. And nesting is the key to that.” 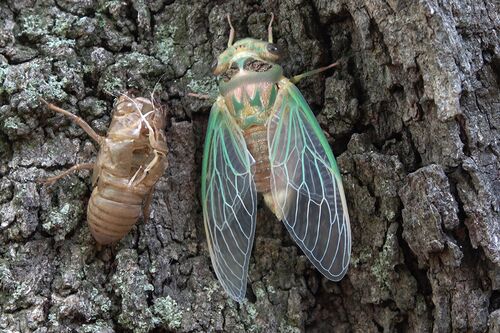 Read article:
The call of the cicada
Entomologist works with chemists and engineers to understand the many lessons of a quirky, cyclical bug
END_OF_DOCUMENT_TOKEN_TO_BE_REPLACED 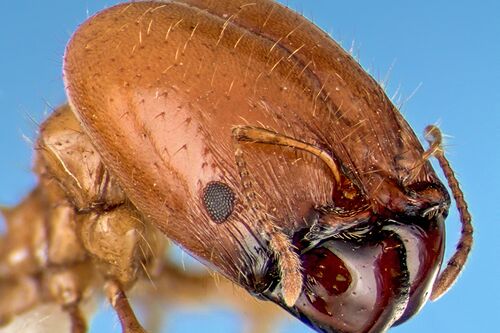 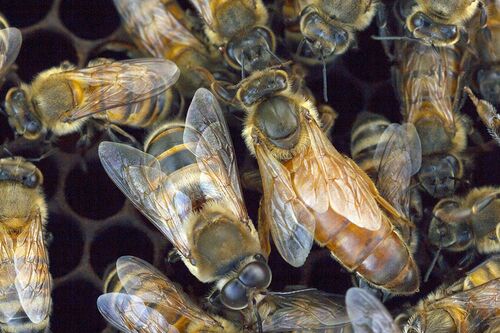