Recent weeks have witnessed a series of medium-to-large-sized asteroids cross paths with Earth’s orbit. The largest of the pack – asteroid 2004 UE – is on track to make its closest approach to the planet Nov. 13. University of Illinois Urbana-Champaign astronomy professor and chair Leslie Looney spoke with News Bureau physical sciences editor Lois Yoksoulian about what researchers refer to as near Earth objects and how much of a threat they are to the planet.

What are near Earth objects, what are they composed of and how do we know?

Near Earth objects are meteoroids, asteroids or comets with orbits that bring them close to Earth’s orbit. They are the leftovers of our solar system formation process, which means they are the nearly pristine bits and pieces of ice and rocks from which the planets formed. We know their orbits from tracking them, and we know of their composition from examining their reflected and infrared light and by comparisons to objects that we have visited with space missions.

There seem to be a lot of large NEOs in Earth’s neighborhood in recent weeks. Is this unusual?

Over the last 20 years, NASA has dramatically increased the number of known NEOs – from knowing of less than a thousand to nearly 28,000. The precise dimensions of NEOs can be difficult to resolve due to their small size and great distances. However, those estimated by NASA to be 140 meters or more along their longest axis – most asteroids are potato-shaped, so their dimensions can be described as roughly spherical – have been mandated by Congress to be classified as NEOs. The increase in the number of objects classified as NEOs was in part due to this mandate. Anything of this size could have a catastrophic impact on Earth, destroying cities with large losses of life. This awareness leads to more reporting of objects.

How do scientists spot and track NEOs?

We discover NEOs by taking pictures of the night sky over a night or over multiple nights, looking for something that moves compared with the stars or galaxies. The closer the NEO is to Earth, the faster it will move. With enough time, we can use these images to determine the object’s orbit. Many new and exciting upcoming astronomical surveys will also map the night sky over many years to look for supernovae or other time-varying objects, so we expect to find even more objects over the next few decades.

At what size does a NEO become a concern?

Anything over 140 meters in diameter could cause major damage to cities or coasts, so any NEO with orbits that cross Earth’s orbit is classified as a potentially hazardous object. There are about 2,000 PHOs known today. None of them are likely to impact the planet in the next 100 years, but we still watch their orbits for any shifts. The orbital paths of NEOs that will be near Earth in more than 100 years cannot be predicted very well. However, it is important to note that large impacts have hit Earth in the past – ask any dinosaur you meet – and the planet will be hit by large impacts in the future. It is not a matter of if, but a matter of when. But don’t panic. It is not likely to happen anytime soon.

Are there any ways we can deflect NEOs that come too close?

If we have an advanced warning of five to 10 years or so, deflecting a NEO should be easy. I am not talking about nuclear blasts or anything like that. Blowing up a NEO is probably the worst thing to do, since now you have many smaller rocks in the same orbit. That said, NASA will launch this month the Double Asteroid Redirection Test, or DART, which will test a kinetic impact with an asteroid. This planned high-speed impact is scheduled to occur in October, and will determine how effectively we can change an asteroid orbit.

There are many other methods, including a gravity tractor – a spacecraft that nudges the asteroid using the spacecraft’s mass – or attached rockets. If our civilization wants to survive for the next 1,000 years, we have to figure this out.

Asteroid 2004 UE will reach its closest approach to Earth on Nov. 13. How do this object’s size and trajectory compare to other identified NEOs throughout history?

Asteroid 2004 UE is pretty typical of a NEO. It is around 160 meters in diameter – most are smaller, but many are bigger. Asteroid 2004 UE is not considered a safety concern since the closest approach to Earth’s orbit on Nov. 13 will be more than 30 times the Earth-moon distance. This happens frequently. 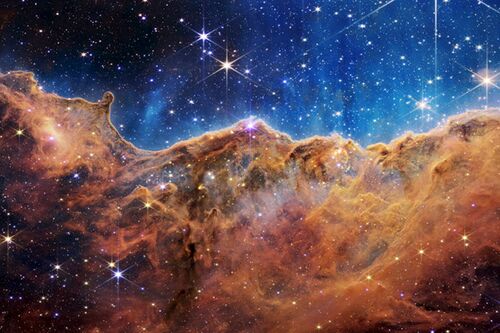 Read article:
Looking back in time
U of I astronomer, among the first to obtain research images from our new view of space, explains the significance of the James Webb Space Telescope
END_OF_DOCUMENT_TOKEN_TO_BE_REPLACED 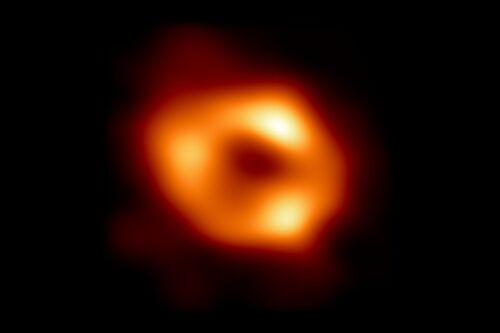