Seventeen faculty members have taken new leadership positions in departments and other academic units across the College of Liberal Arts & Sciences this fall semester.

Leadership changes among the more than 60 academic units that make up the college are a normal and healthy process, said Feng Sheng Hu, the Harry E. Preble Dean of the College of LAS.

“This is an exciting time,” said Hu. “Our academic mission always benefits from new ideas, and the new leaders are bringing a wealth of experience and talent to their positions. At the same time, we are extremely grateful to the leaders who are stepping aside. Every one of them has helped brighten the future for the College of LAS.”

Similar to their predecessors, the incoming leaders are each known not only for their leadership but for research and teaching contributions. They are listed below.

Donna Buchanan has been named acting director of the Russian, East European, and Eurasian Center. She is a professor of musicology who specializes in the music of Bulgaria, the Balkans, Russia, and the Caucasus, with scholarly interests in the implication of music in cosmology, social power, and identity politics. She is filling the role for John Randolph.

L. Elena Delgado has been named acting director of the School of Literatures, Cultures, and Linguistics. She is a professor of Spanish and Portuguese with research interests in the cultural construction of Spanish national identity in the democratic period and the study of public emotions and collective affects. She is the filling the role for Jean-Phillippe Mathy.

Brian Dill has been named interim head of the Department of Sociology. His research focuses on the production, nature, and application of state power, and the meaning, processes, and practices of international development. He replaces Kevin Leicht.

Jeff Douglas has been named acting chair of the Department of Statistics. His research interests include psychometrics, latent variable models, and multivariate categorical data analysis. He is filling the role for Douglas Simpson.

Brenda Farnell is head of the Department of Anthropology. She has a professional background in modern dance and dance education, and her research interests coalesce around the complexity of body movement practices in human lives and their relative absence in Western modes of academic thought. She replaces Virginia Rosa Dominguez.

Dara Goldman has been named director of the Program in Jewish Culture and Society. She is a professor of gender and women’s studies, Latina/Latino studies, and Spanish and Portuguese, with research specializing in contemporary Caribbean and Latin American literatures and cultures, gender and sexualities studies, and cultural studies. She replaces Brett Ashley Kaplan.

Isabel Molina-Guzmán has been named the first faculty director for diversity and inclusion in the College of Liberal Arts & Sciences. A professor of Latina/Latino studies and media and cinema studies, she researches the presentation of Latinas and Latinos in media.

Laurie Johnson has been named acting head of the Department of Germanic Languages and Literatures. Johnson’s research specializes in Romanticism, visual studies, literature and philosophy, literature and psychoanalysis, and memory studies. She is filling the role for Stephanie Hilger.

Soo Ah Kwon has been named head of the Department of Asian American Studies. Her research interests include youth activism and culture, national and transnational social movements, global youth participation and governance, the intersections of nonprofit and NGOs in citizenship and governance, and more. She replaces Martin Manalansan.

Andrew Orta has been named acting director of the Center for Latin American and Caribbean Studies. A professor of anthropology, Orta has published research on inculturation theology and the “new evangelization,” cultures of capitalism, and MBA training, international business, and the value of chain culture. He is filling the role for Anna Maria Escobar.

Bob Rauber has been named director of the School of Earth, Society, and Environment. A professor of atmospheric sciences, Rauber researches physical meteorology, radar meteorology, and mesoscale meteorology. He replaces Stephen Marshak.

Rolando Romero has been named acting chair of the Department of Latina/Latino Studies. Romero specializes in U.S. Latina/Latino literature, cultural studies, Mexican literature and culture, and film and film theory. He is filling the role for Jonathan Inda.

James Slauch has been named head of the Department of Microbiology. His research topics include genetics, host-pathogen interactions, and the regulation of gene expression. Slauch replaces John Cronan.

Siobhan Somerville has been named chair of the Department of Gender and Women’s Studies. Also a professor of African American studies and English, Somerville has published research on race and the invention of homosexuality in American culture, feminism, queer theory, the history of sexuality, and more. Somerville replaces Mimi Nguyen.

Jeff Trapp has been named head of the Department of Atmospheric Sciences. His research interests include the dynamics and observations of mesoscale convective systems, severe thunderstorms, and tornadoes; mesoscale modeling; and predictability. He replaces Bob Rauber.

Jeremy Tyson has been named chair of the Department of Mathematics. His research is focused on geometric function theory, quasiconformal maps, analysis in nonsmooth metric spaces, and sub-Riemannian geometry. Tyson was serving as interim chair. 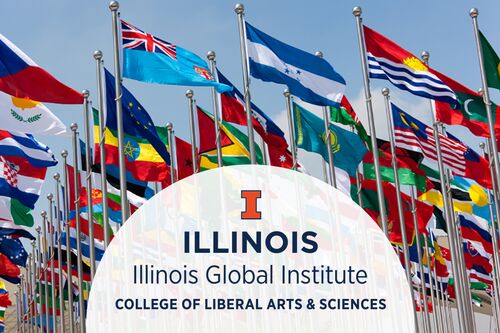 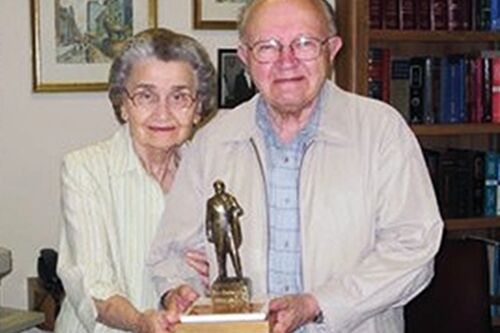 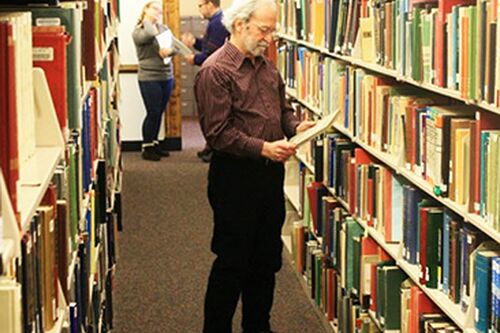