A new analysis of reports from more than 35,000 people offers the most comprehensive assessment so far of menstrual changes experienced by pre- and post-menopausal individuals in the first two weeks after receiving the COVID-19 vaccine. Published in the journal Science Advances, the study adds to the evidence that significant numbers of people experience this unexpected side effect.

“Menstruating and formerly menstruating people began sharing that they experienced unexpected bleeding after being administered a COVID-19 vaccine in early 2021,” the scientists who led the study wrote. Because vaccine trials typically do not ask about menstrual cycles or bleeding, this side effect was largely ignored or dismissed.

Doctors who weighed in on the subject after hearing early reports about post-vaccination menstrual changes were often dismissive of patients’ concerns, said Kathryn Clancy, a professor of anthropology at the University of Illinois Urbana-Champaign who led the research with Katharine Lee, an anthropology professor at Tulane University. Some clinicians said it was unclear how a vaccine could trigger such changes.

However, other vaccines – including those for typhoid, Hepatitis B, and HPV – are sometimes associated with changes in menstruation, Clancy said. These side effects are believed to be tied to an uptick in immune-related inflammatory pathways and are less likely to be driven by hormonal changes.

"We suspect that for most people the changes associated with COVID-19 vaccination are short-term, and we encourage anyone who is worried to contact their doctor for further care,” Lee said. “We want to reiterate that getting the vaccine is one of the best ways to prevent getting very sick with COVID, and we know that having COVID itself can lead not only to changes in periods, but also hospitalization, long COVID, and death.”

The researchers used a survey to query people about their experiences after vaccination. Launched in April 2021, the survey asked for demographic and other information but focused on respondents’ reproductive history and experiences regarding menstrual bleeding. The team downloaded the data from the surveys on June 29, 2021. Only those who had not been diagnosed with COVID-19 were included in the analysis, as COVID-19 itself is sometimes associated with menstrual changes. The study also excluded data from people 45 to 55 years old to avoid confounding the results by including menstrual changes associated with perimenopause.

“We focused our analysis on those who regularly menstruate and those who do not currently menstruate but have in the past,” Clancy said. “The latter group included postmenopausal individuals and those on hormonal therapies that suppress menstruation, for whom bleeding is especially surprising.”

A statistical analysis revealed that 42.1 percent of menstruating survey respondents reported a heavier menstrual flow after receiving the COVID-19 vaccine. Some experienced this in the first seven days but many others saw changes 8-14 days after vaccination. Roughly the same proportion, 43.6 percent, reported no alteration of their menstrual flow after the vaccine, and a smaller percentage, 14.3 percent, saw a mix of no change or lighter flow, the researchers report.

Because the study relied on self-reported experiences logged more than 14 days after vaccination, it cannot establish causality or be seen as predictive of people in the general population, Lee said. But it can point to potential associations between a person’s reproductive history, hormonal status, demographics, and changes in menstruation following COVID-19 vaccination.

For example, the analysis revealed that respondents who had experienced a pregnancy were most likely to report heavier bleeding after vaccination, with a slight increase among those who had not given birth. A majority of non-menstruating premenopausal respondents on hormonal treatment experienced breakthrough bleeding after receiving the vaccine. More than 70 percent of respondents using long-acting reversible contraception and 38.5 percent of those undergoing gender-affirming hormone treatments reported this side effect.

Participants who classified themselves as non-white, Hispanic/Latinx, or who were older, and those who experienced fever or fatigue as a side effect of vaccination were more likely than other groups to report heavier menstrual flow after vaccination. Those who had experienced endometriosis, menorrhagia, fibroids, or other reproductive problems also were more likely to report a heavier menstrual flow post-vaccination, the team found.

While the uptick in menstrual flow for some people may be transitory and quickly resolve, unexpected changes in menstruation can still cause concern, Lee said.

“Unexpected breakthrough bleeding is one of the early signs of some cancers in post-menopausal people and in those who use gender-affirming hormones, so experiencing it can make people worry and require expensive and invasive cancer-screening procedures,” Lee said.

“This screening is very important so we can catch cancers early,” Clancy said. “Anyone with breakthrough bleeding should see their doctor. For diagnostic purposes, it would be helpful to know whether there are other causes for the bleeding.”

“We’d love to see future vaccine testing protocols incorporate questions about menstruation that go beyond screening for pregnancy,” Lee said. “Menstruation is a regular process that responds to all kinds of immune and energetic stressors, and people notice changes to their bleeding patterns, yet we don’t tend to talk about it publicly.”

The Beckman Institute, the CSBS and the Interdisciplinary Health Sciences Institute at Illinois supported this research, as did the National Institutes of Health, the Foundation for Barnes-Jewish Hospital in St. Louis  and the Siteman Cancer Center in St. Louis. 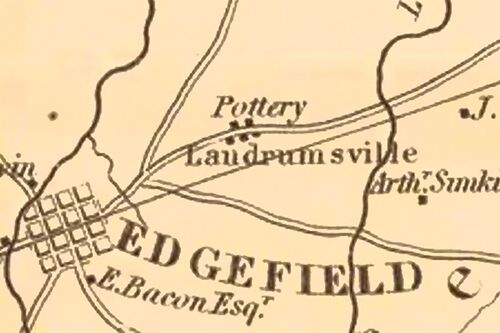 Read article:
Bringing an enslaved potter's story to the Met
Anthropologist's research on the Antebellum South is put on display
END_OF_DOCUMENT_TOKEN_TO_BE_REPLACED 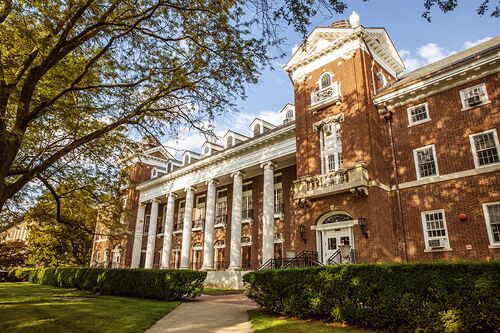 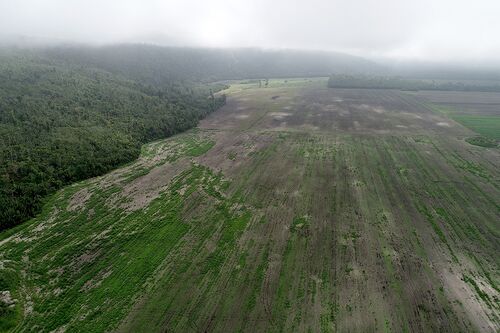