Skip to main content
Can't find your car keys? Your brain may be hiding them.

Anyone who's ever wasted time looking for something, only to later find it in plain view—think of how many times your eyes passed over Waldo before you actually saw him—might be interested in the work of Alejandro Lleras. The assistant professor in psychology is studying how past experience affects what people pay attention to, and what they disregard unconsciously, as if it were never seen.

The National Science Foundation sees the value in his work. It's awarded Lleras an Early Faculty CAREER award of $400,000, to be distributed over five years, in order to carry his research further.

Lleras is interested in how prior visual experience affects the way a person looks at new scenes. The research is built around his finding that the brain, affected by previous events, creates biases against certain images it deems distracting.

For example, he says, if a person is told to find the picture of a face among flashing images of 20 houses, the brain will create a bias against images of houses so it can spot the face. Lleras speculates that it's the brain's way of efficient sorting and searching, but he's found that the biases remain over time. If the person is next asked to find the picture of a house among flashing images of faces, he says, they are more likely to miss the house because of lingering bias from the previous test.

"Information that you've been rejecting in the past is more likely to be rejected in the future," Lleras says. "So far, research shows that people aren't in control of this. It's automatic and long-lasting. It really seems to be a very powerful mechanism to help the brain select information."

This mechanism might also be described in terms of searching for car keys, Lleras explains, or, of course, the Where's Waldo? game. Once you inspect a certain area, your brain will prevent you from inspecting that area again in the interest of saving time and energy.

Lleras plans to use the award for research and training in expanding his work. He wants to develop functional magnetic resonance imaging techniques to study the brain mechanisms at work in attention biases, and Lleras also believes the award will open the door to understanding attention-based deficits and shortfalls in inhibitory control, such as Attention Deficit Disorders, Obsessive Compulsive Disorders, depression, executive control function impairments, schizophrenia, and dementia.

The work also has relevance in everyday life, he adds, as it sheds more light on any job that requires systematic searches—even serious ones, such as luggage screening. 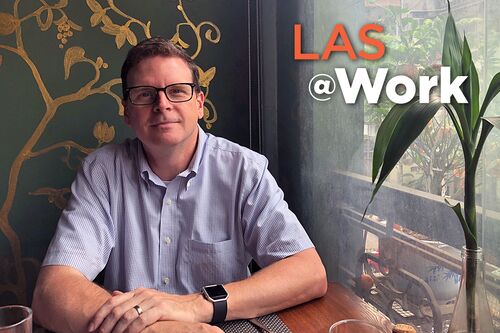