Fifteen students in the College of LAS’ Lincoln Scholars Initiative will be graduating this May, making them the third—and largest—class of LAS students who have earned a degree with support from the scholarship program. A 16th Lincoln Scholar received his degree in December.

The program is ongoing. The average unmet student need to attend Illinois is about $25,000 over four years. A Lincoln Scholars Initiative scholarship covers about 80 percent of that need.

Read on for profiles of graduating Lincoln Scholars from the Class of 2017-18.

Eddy Aguilar, from Chicago, is majoring in molecular and cellular biology. He chose Illinois for its diversity and academic excellence. On campus, he served as membership chair of Phi Delta Epsilon Medical Fraternity and president of Latinos in Pre-Health. Aguilar plans to attend medical school, specialize in neurology, and to advocate for minority access to health care. He hopes to become a neurosurgeon or pediatric surgeon.

Ceazar Castañada, from Berwyn, Illinois, is majoring in English with a minor in cinema studies. He is also a performer with Spicy Clamato Improv on campus (also serving as treasurer), and he spent part of his time on campus researching the memoirs of Gwendolyn Brooks for a summer research fellowship. After graduation he aims to pursue further studies in English and receive his PhD in English literature, with the goal of becoming a professor and influencing the lives of students the way that they have influenced him.

Gustavo Colunga, from Chicago, is majoring in psychology with a minor in Latina/o studies. In addition to his studies, Gustavo is also president of Lambda Theta Phi, Latin Fraternity, Inc. After graduation, he plans to pursue a master’s degree in counseling. He hopes to become an elementary school counselor.

Ryan Evans, from Homewood, Illinois, is majoring in developmental psychology while pursuing a minor in integrative biology. The first in her family to attend college, she plans on working toward a masters in school psychology to return to her home town as a school psychologist. She compared her scholarship to a ladder that allowed her to pursue opportunities without being held back by financial uncertainty.

“With this ladder I can climb higher and with more ease than I believe otherwise,” she said.

Daven Feng, from Chicago, is majoring in chemical and biomolecular engineering. He decided to attend Illinois for its programs in engineering, and aside from coursework, he is an undergraduate researcher in a chemistry lab and a member of Omega Chi Epsilon. Upon graduation, he intends to go into industry, where he wants to eventually become a senior engineer in a large company. The Lincoln Scholars Initiative scholarship allowed him to do research outside of classes, instead of finding a job or taking more loans.

Mariah Green, from Schaumburg, Illinois, is majoring in psychology with a focus on child development. She came to Illinois under the advice of her older sister, an alumna, Mariah chose the University of Illinois as the best place to obtain her degree. When not in class, she works in the Undergraduate Library, or volunteers at Crisis Nursery. After graduating, Mariah hopes to go to the Erikson Institute to earn a master’s degree in child development, or find a job working with young children.

“The most valuable aspect of my college experience was the ability to take classes tailored to my likes and desires,” Green said. “Even when I felt like my major might not have been the right choice, I was able to work with my own academic advisor and other faculty members to make sure I was taking the classes I felt best suit my interests.”

Amarillys Guzman, from Chicago, is majoring in molecular and cellular biology with minors in chemistry, Spanish, and psychology. She is an active member of Alpha Phi Omega and a student volunteer at Carle Hospital. She is also a research assistant in a psychology lab and a front desk clerk at a residence halls. She plans to attend medical school, and, after a service trip to Peru in summer 2016, she envisions herself traveling to South America to provide healthcare in rural areas.

“From a young age my parents have always taught me the importance and the value of receiving an education,” she said.

Brittany Hall, from Hoffman Estates, Illinois, is majoring in actuarial science. After graduating, she hopes to find a career as an actuary in an insurance company either in the U.S. or abroad. The Lincoln Scholars Initiative scholarship, she said, helped her use her own earnings for studying abroad while in college, which made her university experience all the better.

“The most valuable aspect of my college experience has been meeting people from a variety of backgrounds and places, (and) learning different ways of thinking and living.”

Daniel Hernandez, from Berwyn, Illinois, is majoring in chemical and biomolecular engineering. Born and raised in Illinois, Daniel always dreamed of attending Illinois. In addition to his coursework, Daniel also leads a social fraternity on campus and tutors his peers on his free time. Upon graduation, he will be starting his career as a field operating service engineer for Honeywell UOP in Des Plaines, Illinois.

“Illinois' perfect mix of a social and academic environment molded me to become the go-getter that I am today,” Hernandez said. “College showed me how to grow from failure and gave me the discipline needed to grasp success.”

Rudy Juarez, from Monee, Illinois, is majoring in chemical and biomolecular engineering. He is a member of the Society of Hispanic Engineers, where he had executive board positions his sophomore and junior years. Rudy is also a member of a professional engineering fraternity, Theta Tau, where he was a part of many committees that benefited himself and his brothers, and he served on a co-op with DuPont.  Upon graduation, his goal is to work in the fields of food health and safety or in renewable energies.

Jasper Lown, from Wheaton, Illinois, is majoring in economics and minoring in mathematics. He chose these courses of study because he enjoys solving quantitative puzzles, and he is proud of obtaining his bachelor’s degree, the first in his family. He also participated in many activities outside of the classroom, including serving as the treasurer of the Scandinavian Club. He is moving to Seattle this summer to serve as a data analyst at one of the nation’s leading insurance companies.

“The most valuable aspect of my college experience was the almost overwhelming selection of educational/professional events taking place around campus on any given day,” Lown said.

Malik Moulton, from Chicago, Illinois, is majoring in geography and geographic information sciences. As a child he studied maps, landmarks, GPS systems, etc., until he became “a walking GPS,” and Illinois was Malik’s top choice for colleges. He minored in informatics and did a marketing internship with Nindis Social Media. He also worked for Illinois American Water as an intern to help map the Champaign-Urbana water network. Upon graduation he plans on obtaining a master’s degree in GIS and becoming an urban planning consultant.

“This has only been the beginning of a great journey,” he said.

Nicole Odulate, from University Park, Illinois, is majoring in psychology with a concentration in behavioral neuroscience and a minor in criminology. Upon graduating, she plans to attend law school with dreams of helping kind in poverty. In the meantime, she works at a local restaurant while also volunteering and holding a vice president position in a student organization. She is thankful for the Lincoln Scholars Initiative scholarship as it releases some of the financial strain her family faces having three kids in college.

She said that one of her most valuable experiences in college was volunteering to help youth in the Champaign-Urbana community.

“It allowed me to give back to individuals who come from backgrounds very similar to my own while simultaneously allowing me to develop skills and understandings that may not only help me with my future goal of starting an effective charity for low income families and youth, but also inspires me to continue to challenge ‘statistics,’” she said. “With determination and a support system, the children I work with show me that big things can happen.”

Karen Olowu, from Riverside, Illinois, is earning a dual degree in African American studies and urban and regional planning. Upon graduation, she plans to help design spaces that reassert humanity and promote the autonomy of black peoples in the United States. She has worked on programs such as #Project1000, a campaign to increase the recruitment and retention of black students at Illinois. The Lincoln Scholars Initiative scholarship allowed her to study abroad in Cape Town, South Africa, and pursue a minor in geography.

Alexis Ray, from O’Fallon, Illinois, is majoring in molecular and cellular biology and psychology. Alexis was so certain about her goal to attend Illinois that it was the only college she applied to. Along with her classes, she is the assistant director of education of Illini EMS, prep staff manager for an MCB lab, and has also enjoyed being a CPR and first aid instructor on campus since her junior year. She is considering several medical school acceptance offers, with hopes of becoming an emergency medicine physician.

“The Lincoln Scholars program is the reason I came to the University of Illinois,” she said. “It is why I plan ot stay in Illinois throughout my career as a physician.”

Jessica Vega, from Chicago, double majoring in psychology and sociology. She has worked as research assistant in the Department of Psychology, served as vice president of professional development for LAS Council, and volunteers at Crisis Nursery. After graduation she hopes to work for a nonprofit organization and making a difference locally and worldwide.

“It is impossible for me to pass up the opportunity to study at the College of LAS, with the variety of courses and research opportunities (its) professors have to offer,” she said. 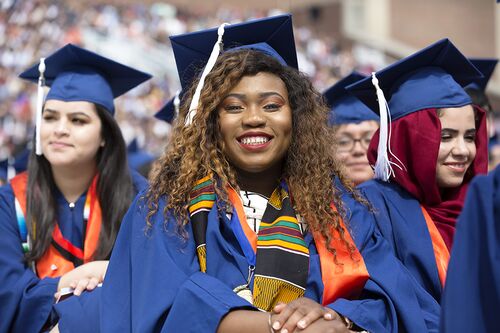 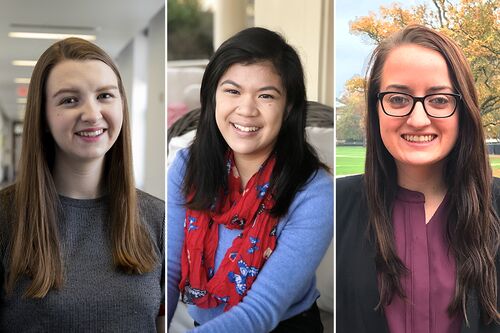 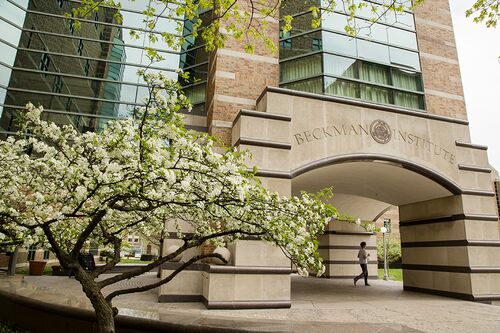