You may know him from Peanuts as the German flying ace who always got the best of Snoopy. Perhaps you’ve seen him portrayed as an almost supernaturally skilled war pilot in movies and games reenacting the sky battles of World War I. Some 100 years after his bright-red triplane was shot out of the sky in the waning days of the Great War, the Red Baron has become a glorified symbol of frightening fighting efficiency.

According to an Illinois history professor, however, the almost mythological status achieved by the Red Baron—whose real name was Manfred von Richthofen—obscures the disturbing reality of the man’s accomplishments.

In fact, it wasn’t just changing times and modern culture that glorified the Red Baron’s image. The process started during the war itself. Desperate to raise war bonds, the countries involved in the conflict turned the object of pilots’ nightmares into fuel for the wartime propaganda machine and mythologized the aerial dogfights as equally-matched duels between modern-day knights.

The reality of the dogfights, according to professor Peter Fritzsche, was far less noble. Von Richthofen shot down 80 enemy planes in the course of the war, mostly by hunting down slow-moving two-seaters, shooting their gas tanks from behind, and burning the pilots and gunners to death inside their cockpits.

“It's pretty gruesome. Most of his kills were that way. It was the most efficient way to kill, and that's what he (von Richthofen) did. That was the business after 1916 — flying in squadrons collectively. No solo. Go for the most vulnerable planes. No chivalry there,” Fritzsche said.

The Red Baron pioneered ruthlessly effective tactics, Fritzsche said. He abandoned aerial tricks favored by many pilots, and began flying in squadrons to hunt down his prey, aiming primarily for bigger, less-agile planes. His reign came to an end on April 21, 1918, when, at age 25, von Richthofen’s plane went down in northern France. The identity of the person who delivered the shot that killed him is still a mystery, and conflicting eyewitness accounts point to either a Canadian pilot or an Australian anti-aircraft machine-gunner.

However, von Richthofen’s legacy didn’t end in 1918. His success would turn him into a character in Charles Schulz’s cartoons. Donning a leather flying cap and piloting his doghouse, Snoopy and his perpetually ill-fated fights with the Red Baron began as lighthearted images in the comics sections during the 1960s, but they eventually became a symbol of the plight facing members of the military.

American soldiers fighting in the Vietnam War began to adopt the image of a wearied Snoopy being relentlessly chased by the Red Baron to symbolize their own victimization at the hands of the war. Soldiers engraved Snoopy lying exhausted on top of his doghouse onto Zippo lighters, with speech bubbles saying “I’m ready to go home” or “Good grief another mission.”

“It's not the Vietnamese pursuing Snoopy, but the war,” Fritzsche said. “The big enemy of any military man on the front lines is the rear echelon. Who's your enemy? It's not the North Vietnamese. It's the guys making you go into battle.”

Schulz, not wanting to take sides in the heated politics of the war, halted the Red Baron cartoons, but the link between the Red Baron and the face of war itself had already been drawn.

“At first it's the Red Baron, this sinister solo flyer who bedevils Charlie Brown. But slowly it also becomes that the Red Baron is not a particularly unique or distinctive warrior,” Fritzsche said. “He represents war. It's not that he's cruel. It's that war's cruel.”

Fritzsche discussed the topic earlier this year at the Elmhurst History Museum to a crowd filled to capacity with history buffs during the national debut of the Snoopy and the Red Baron exhibit from the Santa Rosa, California-based Charles M. Schulz Museum and Research Center. Fritzsche presented a slide lecture entitled The Real Red Baron: Manfred von Richtofen & the WWI Aviators.

“This stuff always interests people,” Fritzsche said. “Because one Archduke is killed, 13 million have to lose their lives. It makes no sense. There's no relationship between why it was fought and what happened. It's a massive tragedy of enormous suffering and mass death.”

The tactics von Richthofen engineered not only changed the aerial landscape of WWI — his trademark efficiency and ruthlessness would foreshadow the mentality of the Nazis long before becoming fodder for Charles Schulz’s cartoons, Fritzsche said.

Hermann Göring, the last commander of the Flying Circus, a wing of the German air force led by von Richthofen before his death, would re-emerge in World War II as the second most powerful man in the Nazi regime.

“You can see this incipient world of the squadron in 1918 as an anticipation of the Nazis themselves, with their brutal tactics and no chivalry, and all of that,” Fritzsche said.

Göring, who would go on to found the Gestapo and help dismantle the democratic Weimar Republic, was chosen to replace von Richthofen as commander of the Flying Circus’s squadrons for the values von Richthofen valued most.

“Once Göring became a politician and Nazi, that's the way he encountered his enemies as well,” Fritzsche said. “Remorseless. Ruthless. Cruel.” 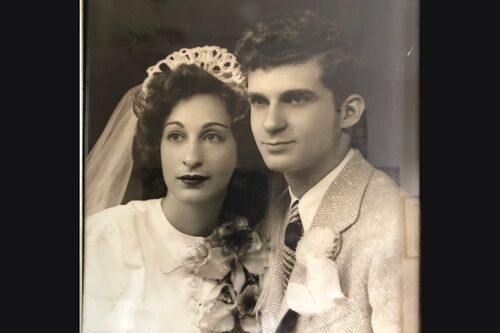 Read article:
The long journey of love
Solomon and Una Ellman, who met as students at Illinois, celebrate 80 years of marriage
END_OF_DOCUMENT_TOKEN_TO_BE_REPLACED

Read article:
New faculty members begin teaching and research at U of I
LAS welcomes 38 new professors in a variety of academic units
END_OF_DOCUMENT_TOKEN_TO_BE_REPLACED 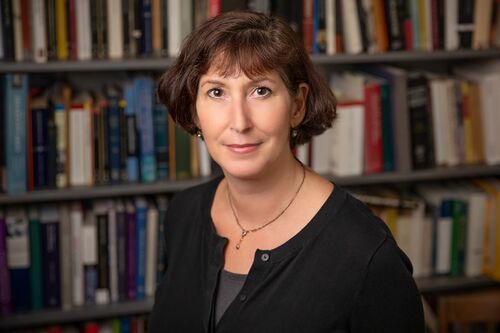 Read article:
Tracing the roots of the Black Death
U of I journal highlights new findings on the world-altering medieval plague
END_OF_DOCUMENT_TOKEN_TO_BE_REPLACED