The Event Horizon Telescope Project announced that it has captured the first image of a black hole. The feature is located at the center of Messier 87 – a giant elliptical galaxy in the constellation Virgo. News Bureau physical sciences editor Lois Yoksoulian spoke with University of Illinois  astronomy and physics professor Charles Gammie, who heads up the theory working group for the large, multi-institutional collaboration.

The existence of black holes has captured the attention of researchers for decades, but we have never actually seen one. How did the EHT Project achieve this task?

We could not just go to a telescope and snap a picture to capture an image like this. My collaborators gathered data from radio telescopes at six locations around the globe, from the South Pole to Hawaii to Spain. Putting that data together to make an image is one of the most complicated data analysis tasks in astronomy. It required two years of effort and vast supercomputer resources to process and interpret the petabytes of data gathered from all those telescopes.

What is Illinois’ role in this project?

My research group at the U of I is a leader in theoretical modeling of black holes. The resources available to us at the National Center for Supercomputing Applications have allowed us to pioneer the computer simulation of matter falling into black holes. We are also one of the first groups to produce a model that consistently includes Einstein’s theory of general relativity. That background played a large part in helping the project make sense of the massive amounts of data it had collected.

What are some of the discoveries made by your group, thanks to this image?

One of the things we are most excited about has to do with the luminous, fast-moving jets of gas that come from near the center of Messier 87. We were able to tie together the images and the supercomputer models to show that the jets are launched from very close to the black hole. The models say that the jets are powered by the black hole itself. Magnetic fields thread through the hole and brake its rotation, transforming the rotational energy of the hole into outgoing beams of electromagnetic energy.

Why is it important to have the ability to image a black hole?

First, we were able to check that the image is consistent with what we expect from Einstein’s theory of general relativity, but in a new regime. Data from EHT allow us to probe matter in gravitational fields that are more extreme than any probed before using light. Second, the image tell us something new about how black holes work out in the wild, away from the theorist’s chalkboard. Black holes famously suck in gas from their surroundings. But they can also spew out energy! Now we have a better understanding of how that works. 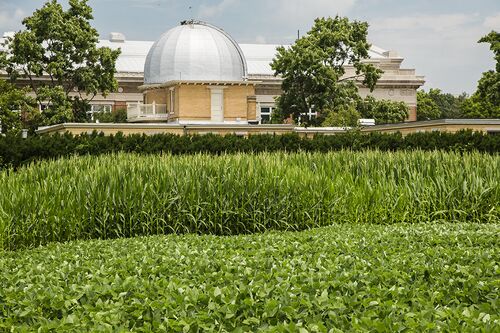 Read article:
More than 40 new faculty members begin fall semester in the College of LAS
Specialties range from migration to cognitive science and the impact of hip-hop
END_OF_DOCUMENT_TOKEN_TO_BE_REPLACED 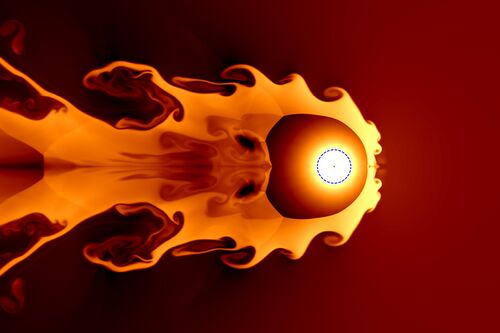