Hariklia Deligianni has applied her wits and education to finding solutions in everything from computing technology to solar energy, but one problem that hit too close to home came when her daughter, then 16, suffered a severe lower back injury while doing gymnastics.

When Deligianni (MS, ’86; PhD, ’88, chemical engineering) learned that doctors were planning to use two different materials for the screws and metal rods in the device to be implanted in her daughter’s back, she pointed out that doing so would cause one of the metals to slowly dissolve.

After conducting extensive research, Deligianni convinced the doctors to use the same materials throughout the device. Today, her daughter is 22 and doing great, downhill skiing on the most challenging courses.

Deligianni said she is constantly looking for challenges that “are the most impactful,” whether it’s for a single person, such as her daughter, or for the world. This attitude is what drove her to pursue her most recent research in solar energy and biomedical devices. But it also inspired her earlier work, in which she played a key role at IBM in some of the most significant advances in computing technology.

This is also what makes her a winner of a 2019 LAS Alumni Achievement award.

Born and raised in Athens, Deligianni recalls playing “Little Mechanic” with her younger brother—a formative experience that drew out her penchant for building.

“This French toy had little wrenches and screws and parts you could assemble to form bridges, buildings, and all kinds of structures,” she said.

She was also influenced by her father, who worked as a telecommunications engineer for Greece during the country’s civil war in the late 1940s. “Telecommunications was the one experience that he liked from the war, and that memory became stuck in my mind,” she said. When she was young, her uncle lived with them while he was getting his medical training, and all of these influences pushed her toward the sciences.

Even as a young adult, Deligianni was drawn to the biggest challenges. For instance, when she was considering what type of undergraduate engineering program to enter in Greece, she discovered that only a total of 100 students in the entire country were admitted into chemical engineering at the university level. So, she chose chemical engineering, of course.

Years later, when she was being interviewed for a position on the prestigious Lubomyr Romankiw research group at IBM, Romankiw told her she could work with his team, but only if she was up to the challenge of solving problems that others said could not be solved. Naturally, she joined his team.

After receiving her bachelor’s in chemical engineering from Aristotle University in Thessaloniki, she came to the United States for a summer internship at Amoco in Naperville, Illinois, in 1982. The experience was a culture shock, but she said, “It was a fantastic experience from a technical point of view. It was an amazing environment with all of these researchers, discussing science at the company’s coffee breaks.”

She worked on synthetic fuels for Amoco for two straight summers, while her fellow researchers continually talked up the University of Illinois. She joked that she was “brainwashed” about Illinois in the best way possible.

“They told me I had to go to Illinois for graduate studies, and when I got there, it was all true,” she said.

“Dick Alkire was at the top of his game, doing breakthrough research,” she said. “But he was also a leader and taught us leadership qualities. If you look at the students that came out of his group, they’re all in leadership positions or know how to act as leaders.”

At Illinois, Deligianni also met her husband, George Leventis, at a gathering of Greek students. Ironically, she discovered that Leventis grew up close to her family in Athens, and they had many mutual friends—but they never knew each other until Illinois.

“We had to fly all the way to the other side of the world to find each other,” she marveled.

Deligianni and her husband both work on structures, but at opposite ends of the scale. While Deligianni works at the micro and nano level, her husband works on skyscrapers, bridges, highways, and other massive infrastructure projects. For instance, his company has worked on most of the new buildings going up in New York City, including the Freedom Tower, and they built one of the longest bridges in Europe. Levantis even served as the director general of the works program for the 2004 Summer Olympics in Athens.

After completing her PhD at Illinois in 1988, Deligianni began work at IBM, where she and her colleagues introduced electrochemical technology to the development of solder bumps on computer microchips. According to Deligianni, solder bumps are self-aligning spheres of solder that connect a microchip to a package, typically made of plastic (or ceramic, as was done years ago). Electrochemical technology made it possible to put more solder bumps on a chip and more chips on a silicon wafer, and it is now standard practice.

“If you pack more solder bumps on a chip, you have more inputs and outputs,” she said. “Speeding up input and output is important for improving performance and lowering power consumption. For many new applications, processor speeds are just one of several key performance metrics. Equally important is the speed at which data can be moved back and forth between devices, such as a smartphone and a data center, or between a processor and various types of memory. This makes the microchips more powerful.”

In the next landmark project, which also increased computing speed, she was part of a team that replaced aluminum wiring on a chip with copper wiring. As she explains, a chip is like a micro-sized high-rise building, with various layers that must be connected by wiring. Copper wiring has much lower resistivity than aluminum, so their innovation enabled current to pass through the microchip much faster. This increase in speed has made possible everything from high-speed gaming consoles to smart phones and even neural networks.

In 2006, Deligianni took on a new role in strategic planning at IBM. It was during this phase that she became drawn to a new challenge—solar energy. In 2008, she put together an IBM team that collaborated with a French group, and they found ways to develop thin-film solar panels. Their work on thin films made it possible to place solar panel material on flexible metal foil.

Today, Deligianni has taken on yet another challenge—biomedical devices. She is developing methods to measure neurotransmitters—chemical messengers in the brain and nervous system such as dopamine, serotonin, and adenosine. By measuring neurotransmitters and other biomarkers of disease, it may become possible to evaluate whether therapies are successfully modulating the nervous system to manage such disorders as Parkinson’s disease, epilepsy, and psychiatric disorders.

Deligianni retired from IBM in 2018, but she shows no signs of slowing down. This fall, she begins teaching biomedical engineering at Columbia University, and her research in biomedicine continues. 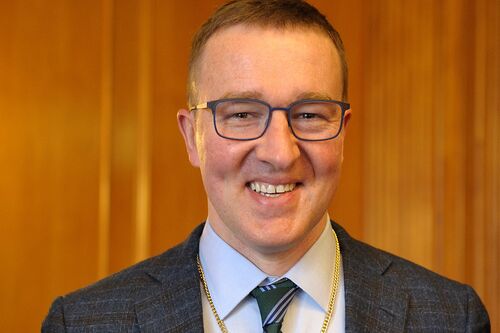