There’s quite a bit of history behind Bruce Dalgaard’s interest in, well, history. In high school he thought he’d be a doctor. After a semester at U of I, however, it became clear that a career in medicine wasn’t for him, so he thought he’d be a lawyer. There wasn’t a spark there, either, but during his sophomore year he discovered teaching.

Teaching, it turns out, was the spark that caught. Dalgaard majored in history, taught history for three years, and then returned to Champaign-Urbana, earning a master’s degree in economics in 1974 en route to a PhD in 1976. His entire career, however, has been involved in teaching—in high school and college, and in the U.S. and abroad.

Recently retired, he made a gift last year to his Alma Mater, specifically to the Departments of History and Economics as well as the Main Library.

Dalgaard gave to the Department of History because it was, in his words, his “salvation after a miserable first term.” It was his experience with history that presented him with a new option other than pre-med—and eventually led him to teaching.

“There are two factors that have motivated my academic career,” Dalgaard said. “One is that I love to teach. I stayed in this profession because I just adore my students and I have always wanted to be in a position where I'm able to interact with students in a meaningful way.”

The Department of Economics is where Dalgaard made many of his closest career and faculty connections—and some of his best, lifelong friends. Lastly, he feels that his gift to the library is his way of supporting a treasure to the state and the world.

“I spent so many hours in the reading room as an undergrad and even more hours in the stacks as a grad student,” he said. “The original building is a masterpiece. I loved walking the halls.”

Dalgaard didn’t always plan to make a gift to the university, but he was inspired by his wife, Carol Korda, who went to Lawrence University, a small liberal arts college in Appleton, Wisconsin. She's supported Lawrence for years.

“I think through her experience I came to see how important it was to maintain a connection with a university,” he said.

Now, both Dalgaard and his wife have made legacy gifts to their Alma Mater.

After graduating from U of I, Dalgaard taught at the high school level for a few years before earning his PhD. After his PhD, he joined Lehigh University in Pennsylvania for a position as an assistant professor of economics.

He started to miss the Midwest, however, so Dalgaard joined the University of Minnesota, Twin Cities, as an assistant professor of economic education and director of the university’s Center for Economic Education. After 12 years at the U of M he accepted an endowed chair in economics at St. Olaf College, a liberal arts college in Northfield, Minnesota.

Dalgaard did eventually leave the Midwest for extended periods of time as he developed a love for Japan and Norway. He lived in Tokyo from 1990-1991 as a Fulbright Research Scholar at Chiba University. In 1997-1998, he served as a visiting professor of international studies at Waseda University in Tokyo. He also held visiting professorships and lectureships at East China Normal University; Hochschule Bermerhaven in Germany; Norwegian School of Economics; and Hochschule Rotterdam in the Netherlands. In 2010, he was part of a group that formed a new school of business in Oslo, Norway.

In 2012, Dalgaard was offered the Benedict Distinguished Visiting Professorship at Carleton College, another small liberal arts college in Northfield, Minnesota. He thought it would only be a one-year appointment, but it turned into an eight-year visiting professorship.

He is the author or co-author of five books. His early research was in computer-assisted instruction, but more recently his interest has focused on the interplay between religious reform and entrepreneurship in Norway in the late 18th and early 19th centuries.

With the onset of the COVID-19 pandemic, Dalgaard opted to retire in 2020. At 73, however, he still holds a non-teaching appointment at Carleton and an active appointment at the Hauge School of Management in Oslo. Although he doesn’t think he’ll be back in a classroom to teach, Dalgaard said he still holds a close connection with several of the programs at Carleton. He also still works on research papers and reads often, all while enjoying more time to take his dog on morning walks through the arboretum near his house.

"In one sense, the pandemic has isolated my wife and me, but on the other hand it's been very liberating because at least for me I get to do what I like,” Dalgaard said. “I enjoy the solitary component, the reading, the reflection, and the writing."

Looking back, he said that nearly failing two courses in his undergraduate career—while he was pursuing pre-med—ultimately made him a better teacher and led to a more fulfilling career.

“I know that experience made me a better teacher because I understood what it was like to try, try, and try, but not master the subject,” he said. “And that experience also led me out of the sciences and into history.” 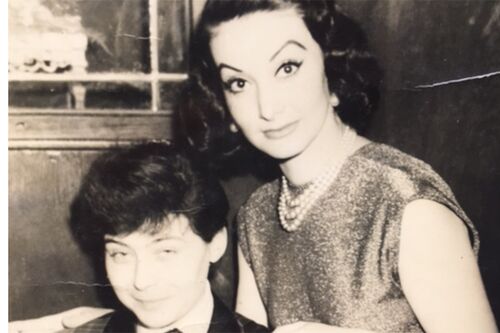