University of Illinois Urbana-Champaign political science professor Nicholas Grossman is the author of “Drones and Terrorism: Asymmetric Warfare and the Threat to Global Security” and specializes in international relations. Grossman spoke with News Bureau business and law editor Phil Ciciora about the brewing Russia-Ukraine conflict.

How close are we to seeing military action in Ukraine, and what are the likely consequences for U.S. interests in the region?

It’s hard to know what Russia will do regarding Ukraine. Full-scale invasion, a limited incursion and military intimidation all look the same up to the moment something happens. For a bluff to win concessions, Russia must make it look like an imminent invasion, so we can’t rule that out. Controlling Ukraine would require overthrowing the elected government in Kyiv, so a big military conflict, the largest in Europe since World War II, is also a possibility. But trying to take and hold Ukraine by force would be very costly for Russia – both the effort itself and the international sanctions that would follow – which makes large-scale war less likely. However, when things are this uncertain, we have to prepare for all possibilities at once.

Whatever happens will have significant consequences for U.S. interests in Eastern Europe. Ukraine is not in NATO, but some former Soviet republics threatened by Russia are, and the U.S. has already placed thousands of troops on high alert to deploy to Europe if Russia invades Ukraine. NATO’s post-Cold War expansion is a topic of debate in the U.S. again, and further expansion could be on hold for the indefinite future to avoid further antagonizing Russia. If Russia does invade, the U.S., U.K., and some other NATO countries will likely continue supplying Ukrainian forces, including by backing a guerrilla resistance if necessary. As with any war, there’s a risk that fighting spills beyond the borders.

Ultimately, the outcome of this standoff will have lasting implications for Ukraine and other Eastern European countries, especially former Soviet republics that are not in NATO, as they try to decide if it’s in their interests to be friendlier with the West or with Russia.

What is Russian president Vladimir Putin’s endgame in this conflict? Why now, and what is this all about for him?

The simple version is Putin wants Russian influence abroad and power for himself at home. He sees NATO as a threat, views Eastern Europe as Russia’s rightful sphere of influence and a buffer against NATO, and gets domestic propaganda benefits by a display of acting tough internationally.

The more complicated version is a lot of what’s happening today traces back to 2014, when Ukrainian protesters got a pro-Russian Ukrainian president to step down in the “Maiden Revolution.” Putin reportedly blames this on the CIA. But while it’s safe to assume some U.S. intelligence officers were present in Ukraine’s capital city then, there’s no way foreign operatives could manufacture big protests like that. We don’t know how much Putin really believes it was a foreign-imposed coup and how much he says that to justify a forceful response. Either way, a successful, democratic, West-friendly Ukraine would show Russians an attractive alternative to Putin’s authoritarianism.

The U.K. government says it thinks Putin’s goal is installing a new Russia-friendly leader in Ukraine, but there are multiple paths to that, and it would be better for Russia if any pro-Russian Ukrainian president has local legitimacy, which makes military-imposed regime change less appealing. So even if we assume the U.K. is right, that doesn’t tell us what Russia will do next.

What are the likely next moves for Russia, Ukraine, the U.S., and NATO?

With the military buildup along Ukraine’s borders, Putin probably wants to keep his options open. Rather than having a specific action in mind, he’ll see how others react and then decide. For example, unlike in 2014, Western countries reacted to Russian forces massing near Ukraine by giving the Ukrainians additional weapons, such as Javelin anti-tank missiles. That makes invasion riskier for Russia, ideally deterring it. But Russia still has a big military advantage over Ukraine, and there’s virtually no chance the U.S. sends American forces there to even the odds.

Russia sent the U.S. a list of demands, indicating either an openness to diplomacy or a desire to be seen as open to diplomacy, and is currently reviewing the response the U.S. crafted in consultation with Ukraine. An agreement that ends the already unlikely possibility of Ukraine joining NATO and creates a degree of legal autonomy for pro-Russian provinces in Ukraine’s east might be enough for Putin to declare victory and back down.

But that might be too much for Ukraine, the U.S., and NATO, which would leave Putin with the choice of attacking or pulling back in embarrassment. In that case, we’ll probably see a war that few want and none know exactly how to end.

Did the U.S. withdrawal from Afghanistan factor into Russia’s calculus?

Russia threatening Ukraine has little to do with the U.S. withdrawal from Afghanistan. The belief that it does stems from a shallow conception of power in the world, in which every use of military force shows “strength,” scaring others into passivity, while every decision not to use force shows “weakness” and encourages aggression. But it’s at least as reasonable for Russia and other American adversaries to think that, with the U.S. no longer spending resources in Afghanistan, America will be in a better position to help allies and partners if needed. 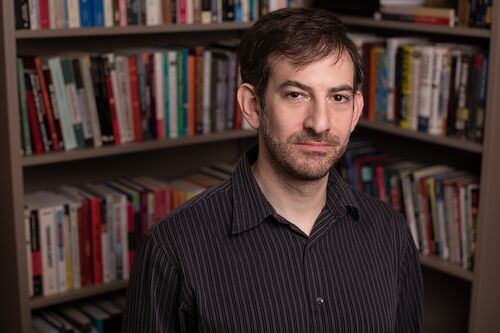 Read article:
The future of drones and war
Expert on international relations discusses what the past few months tells us about unmanned combat
END_OF_DOCUMENT_TOKEN_TO_BE_REPLACED 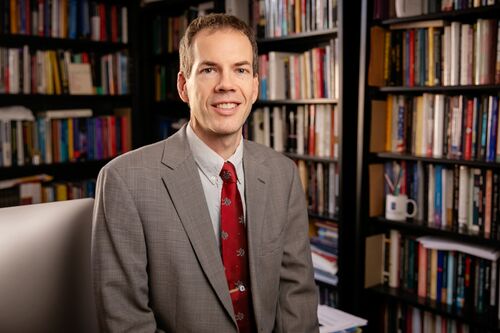 Read article:
How will the Jan. 6 committee hearings affect public opinion?
Political scientist: Hearings expected to have little effect on 2022 races, but may still impact the 2024 presidential campaign
END_OF_DOCUMENT_TOKEN_TO_BE_REPLACED

Read article:
Ten LAS students and young alumni offered Fulbright grants
Sixteen grantees from U of I are tied with the most ever offered in one year on campus
END_OF_DOCUMENT_TOKEN_TO_BE_REPLACED