Skip to main content
$192 million will come from state funds designated for research and innovation, university funds, and donations

As is typical with state and university building projects, funding sources can appear a bit confusing to casual—or even not-so-casual—observers. With designs and approvals moving forward, here’s a brief explainer of how the Altgeld and Illini Hall Project is being paid for.

What is the cost of the project?

The total is $192 million, which will include a renovation of Altgeld Hall and replacing the existing Illini Hall. Funding for the project comes from UIUC ($52 million, approved in May 2021 by the Board of Trustees) and the state of Illinois ($140 million). The UIUC funding will come from a variety of sources, including $27 million through the Academic Facilities Maintenance Fund Assessment Oversight Committee, a group comprised of students and administrators that decides on deferred maintenance funding. Campus is also seeking support from private and corporate donations.

How did UIUC receive state funding for the project?

The $140 million in state funding for the Altgeld and Illini Hall Project originated in February 2020, when Gov. JB Pritzker announced that the State of Illinois would provide $500 million in capital funding for the University of Illinois System's Illinois Innovation Network (IIN)—a network of research and innovation hubs that will serve as a magnet for technology and talent. Part of that is designated for the Altgeld and Illini Hall Project, which includes the renovation of Altgeld Hall and replacing Illini Hall with a new building.

What is the connection between the Altgeld and Illini Hall Project, IIN, and Discovery Partners Institute (DPI)?

According to a University of Illinois System press release, IIN is a “network of university-, community- and industry-based hubs throughout the state working together to drive innovation as well as economic and workforce development.” There are 15 IIN hubs in the state of Illinois, including one in every city in Illinois with a public university presence, and five in the Chicagoland region. The new building that will replace Illini Hall, which will include a new data science center, will be part of the Urbana-Champaign hub of IIN.

When the $500 million in funding for IIN was announced in February 2020, the governor highlighted Discovery Partners Institute (DPI), another IIN hub based in downtown Chicago. DPI is a major IIN hub: Of the $500 million in funding for IIN, $235 million is designated for DPI and $265 million is for the other IIN institutions, according to the DPI website. A permanent home for DPI will be constructed in the South Loop on land donated by Chicago developer Related Midwest.

“These projects represent a major stride for the Illinois Innovation Network (IIN) and they build on the momentum driving IIN and DPI forward. DPI and IIN are rapidly becoming the engines for innovation-driven economic transformation that we envisioned,” said University of Illinois System President Tim Killeen, in May 2021.

Private and corporate support is critical for the Altgeld and Illini Hall Project. To learn more about ways to contribute, visit here.

Read article:
A new future for numbers
The College of LAS builds and innovates to be a leader in data science
END_OF_DOCUMENT_TOKEN_TO_BE_REPLACED 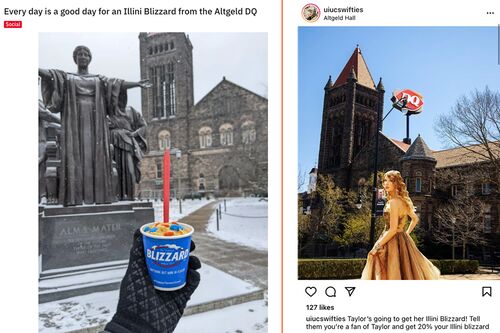 Read article:
Can you tell me how to get to Dairy Queen?
Social media fuels an Altgeld Hall legend
END_OF_DOCUMENT_TOKEN_TO_BE_REPLACED 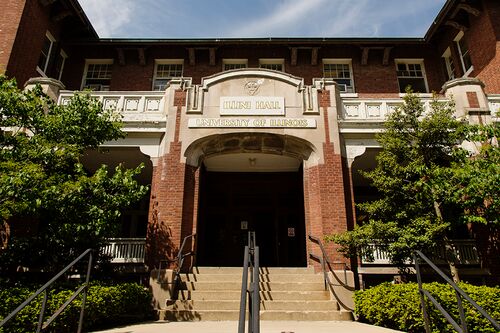 Read article:
Making space for progress
Faculty and staff look back on Illini Hall as they prepare for a new building
END_OF_DOCUMENT_TOKEN_TO_BE_REPLACED