Russia, under President Vladimir Putin’s administration, is perhaps the most dangerous country for racial violence in the world, according to University of Illinois Urbana-Champaign history professor Eugene Avrutin.

That wasn’t always the case. In his new book, “Racism in Modern Russia: From the Romanovs to Putin,” Avrutin explores the history of racism in Russia over the past 150 years, from the end of the tsarist regime to Putin’s rule.

The book opens with a large anti-migrant riot in Moscow in 2013, following the arrest of a migrant worker for murdering an ethnic Russian man. The rioting crowd chanted “Russia for the Russians.” That slogan also was used in the late 19th century at the end of the tsarist regime, Avrutin said, “appealing primarily to individuals drawn to the radical right.” Activists chanting the slogan perceived the old order as under attack.

Until recently, scholars of Russia history and culture have dismissed the wider impact of race-based thought and practices, Avrutin wrote. Unlike other empires, Russia’s colonial expansion involved contiguous territories, so there was no sharp distinction between colonizers and those whose lands had fallen under Russian control. Populations were classified primarily based on religion and later on class or nationality. Official documents had no category to indicate race.

Soviet Russia promoted a social utopia based on equality. State policy sought to promote a single national identity, highlighting an antiracist image. African American writers such as Langston Hughes, Claude McKay, and W. E. B. Du Bois looked to the Soviet Union as a model for Black equality, Avrutin said.

“But by rejecting the premise that an individual could belong to multiple identities, the state’s classification system primed people to see the world in unambiguous racial terms,” he wrote.

By the end of the 19th century, Russia included many ethno-racial groups. While race didn’t play a role in determining a person’s rights, group prejudices created divisions against East Asians, Poles, and especially Jews, Avrutin said.

“The commonalities between anti-Jewish thinking and anti-Asian prejudice were many. Fears of occupation, economic dominance and entrapment, legal controls, and demographic decline all provoked everyday violence and discrimination in both the far-western borderlands (towards Jews and Poles) and the far-eastern periphery (towards Chinese, Koreans, and Japanese),” he wrote.

Under Putin, “an important shift took place in how ethnic Russians viewed themselves and the world around them: not only in terms of national-historical symbols, myths, and legends, but also through the prism of race and whiteness,” Avrutin wrote. “A society that was largely color-blind had become increasingly conscious of the role that whiteness played in determining social status.”

In recent years, ideas operating on the fringe of society have moved to acceptable discourse. “The elevation of whiteness took place against the backdrop of a conservative turn in Russian politics and society: the normalization of sexism and homophobia in popular consciousness, the strengthening of ‘traditional family values,’ and the regulation of family and reproductive behavior,” Avrutin wrote.

“There is little doubt that Putin’s authoritarian politics made it possible for white militarism to flourish. Putin’s administration not only supported the European far right – by most famously underwriting the activities of the Front National in France – but provided a model for white nationalist rule all around the world,” Avrutin said.

Contemporary Russia has seen an upsurge in racial violence and xenophobic attitudes. Several factors, including the uneven economic recovery and anxieties over an influx of migrants from Russia’s southern border, have contributed to racial strife, Avrutin said.

Between 1992 and 2006, more than 11 million people migrated to the Russian Federation from post-Soviet states, with the share of ethnic Russians steadily declining. By 2000, an estimated 4.5 million undocumented migrants, mostly from Central Asia and the Caucasus, resided in Russia.

Discriminatory attitudes on the ground of race became a fact of life for anyone who did not look typically ethnic Russian. “By the time Putin began the third term as president, most ethnic Russians had no problems drawing distinct lines between themselves and populations commonly referred to as ‘blacks,’” Avrutin said. 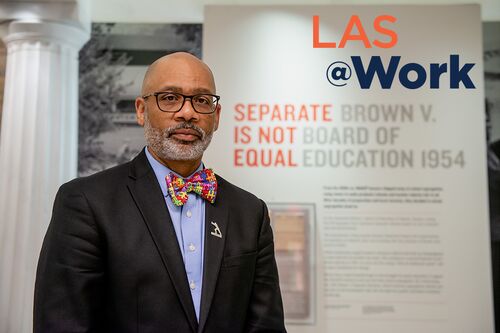