Not many professors have been described as “scholar,” “punk,” and “zine author” in the same sentence, but not many have pursued ideas the same way as Mimi Thi Nguyen, either. Now a professor of gender and women’s studies, she became well-known for her work before the U of I, which included her compilation zine “Evolution of a Race Riot” in which she challenged racism in the punk scene, and her work as a columnist at Punk Planet and as a contributor to Maximumrocknroll.

Since arriving at U of I in 2006, Nguyen has continued her writing, authoring (among other things) the monograph, “The Gift of Freedom: War, Debt and Other Refugee Passages,” which won the Outstanding Book Award in Cultural Studies from the Association of Asian American Studies in 2014. As head of the Department of Gender & Women’s Studies, she continues to share ideas on ethnic studies, political philosophies, and other topics as meaningfully as ever.

My research and teaching, shaped by the interdisciplinary nature of my appointment and doctoral training at the University of California, Berkeley, encompass the broad areas of ethnic studies, transnational American studies, critical refugee studies, and feminist cultural studies, and focus on encounters between war, empire, humanitarianism, and aesthetics. My research questions emerge from the theoretical and structural antagonisms between ethnic studies and transnational feminist theories on the one hand, and liberal and neoliberal political philosophies and institutional imperatives on the other.

What are you working on? Why are you passionate about this area of study?

I am working on a number of projects right now, including a catalogue essay for the Brooklyn Museum for an exhibition on artists and zines, and a chapter for a collection about American conceptual artist Martha Rosler’s collage series “House Beautiful: Bringing the War Home c. 1967-1972.” I am also a member of an editorial collective for The Critical BTS Reader, the first collection of essays about the global K-Pop phenomenon BTS. We were brought together first as fans, and then later as writers and scholars who found BTS to be an incredibly compelling case study. From the melancholic “Life Goes On” found on their pandemic-era album “Be,” to American music critics’ incredulous descriptions of their spectacular success wrapped in xenophobia and racism, to fans’ lovingly executed GIFs lingering in the interstices of a dance movement or a shared glance, BTS both produces and provokes expressive forms that each attempt an account of a historical situation and the world around it. That is to say, the band is remarkable in itself as a richly intertextual phenomenon, but BTS is also cited as a signal illustration, explanation, problem, or claim about X for our consideration.

I am also completing a manuscript called “The Promise of Beauty,” which considers the promise of beauty under the strain of registering the future as one disaster after another. I address this conceptual pairing—beauty and crisis—throughout the course of writing about refugees and regime change, through to the midst of the COVID-19 pandemic. How might the promise of beauty engage crushing harms and exhausted signifiers, whether through an ordinary wearing down or the normalization of war and terror, slow violences or sharp terrors, in which our sense of time is disturbed, and there is no future on the horizon? How does the promise of beauty become a practical or philosophical concern? What does a commitment or attachment to the beautiful mean for how we endure?

Following and departing from philosophical and aesthetic concepts of beauty as a horizon for life—perhaps the most common feature across such theories, from Plato to Elaine Scarry, to Sianne Ngai and Martin F. Manalansan—I propose the concept of the promise of beauty as a diagnosis of the conditions beauty requires to flourish, with and against the threat of its disappearance or destruction; and as call to action to transform those conditions to sustain such life that the beautiful promises to us. That is, the promise of beauty can engender a critique of social arrangements and political structures, and also call for the reorganization of arrangements and structures in our promise to beauty—to replicate, preserve, or repair beauty, among other fulfillments. Or as Toni Morrison put so well, “Beauty was not simply something to behold, it was something one could do.”

What impact do you want your work to have?

I want to show how and why the promise of beauty is so usable across a spectrum of political claims, and how these claims delineate what forms of life are valuable, and for whom. My hope is to figure out what is collective (and what is not) about beauty’s promise toward and beyond survival.

What do you hope to inspire through your teaching?

As a teacher and mentor, I believe that generosity can be paired usefully with critique, and I encourage students to consider the classroom as a cooperative and collaborative venture. I hope to inspire a sense of discovery and pleasure in critical awareness that allows for personal growth without forsaking the labor of intellectual inquiry. Over my career, I have taught introductory courses in fashion studies and Asian American art practices, as well as upper-division and graduate seminars in social movements, visual cultures, and transnational feminisms. In my undergraduate teaching, I want students to come to understand themselves as moving parts in a historical, but also ever-changing, assemblage of social powers including (but not encompassed by) gender, race, nation, capacity, and sexuality. Thus my primary position as an undergraduate teacher is that no practice is uninformed by theory, which is a critical way to get students to see how each of us, as an historical person, engages the world.

It might be the compilation zine I made in 1997 called “Evolution of a Race Riot,” by and for Black and Brown punks and addressed to race and racism in punk and punk-adjacent subcultures. When I began collecting contributions for "Race Riot" as a pissed-off 20-year old, I imagined there had to be more of us, and I wanted to establish an informal record of our presence and a critique of those practices of absenting us, through neglect or through violence. I wanted to claim a discontinuous history of the Black and Brown punks, queers, misfits, feminists, artists and musicians, weirdos—to acknowledge those who came before us and laid the foundations for our becoming punk, and those who were with us when we went through this (or that) moment together, and those who came after us who wonder where we are now.

I still have the hand-scrawled letters, embellished envelopes (with stamps covered in glue), and other materials I gathered in the years since then, because it is important to me that these messages so full of love and rage still exist somehow and somewhere, as evidence of our passage, and our importance. And when I brought together the imperfect, partial histories that made up “Race Riot”—the initial call for contributions (printed as flyers, pasted onto postcards) circulated in 1994, 1995—I could not then have anticipated how a copy of a copy of a copy belonging to a sister of an older brother’s best friend might find its way into the hands of a young punk, 10 or 20 or now 30 years later (as it does) and create connection through this chance encounter. 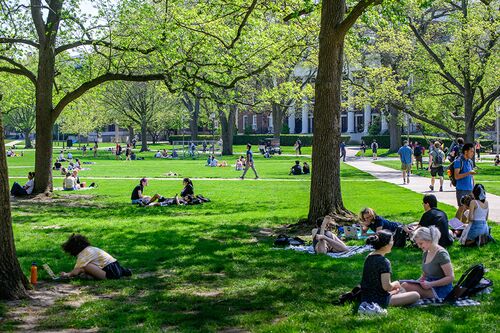