Science can answer some significant questions. Just ask Rebecca (Becky) Fuller, head of the Department of Evolution, Ecology, and Behavior, whose work includes examining links between evolutionary dynamics and environmental change. How does she do it? By studying some of our smaller co-habitants: the bluefin killifish and rainbow and orangethroat darters, which, at a stretch, might attain the length of your pinkie finger. These tiny creatures, however, can provide an amazing amount of insight into our changing world.

How long have you been at the University of Illinois?

I am an evolutionary biologist. My lab studies the evolution of color patterns and color vision, as well as speciation, in fish. Most of our work focuses on two study systems: killifish and darters. The two specific killifish that we study are the bluefin and rainwater killifish. For the darters, we focus on the rainbow and orangethroat darter complexes.

What are you currently working on?

We are currently researching phenotypic plasticity (the capacity of the same organisms to exhibit different characteristics under varied environmental conditions) in male coloration. The bluefin killifish lives in both clear springs and tea-stained swamps in Florida. The males are pretty colorful but, more importantly, are quite variable in coloration. Some males have red fins, others have yellow fins, and others have blue fins. The blue-colored males are very common in swamps but less abundant in springs. Our work has investigated the genetic and environmental components of this color pattern expression.

The blue coloration is complex because there is genetic variation in phenotypic plasticity. Some male offspring will express blue coloration when raised in tea-stained water but express either red or yellow coloration when raised in clear water. But not all males respond to the environment in the same way. Many males will only express red or yellow coloration on their fins. This phenotypic plasticity varies among populations, with some populations having lots of plastic males and others having very few. This creates a compelling system to ask why plasticity evolves in some populations but not others. In the ideal world, all individuals are perfectly plastic and produce the optimal trait in all conditions. Scientists know that no organism is perfectly plastic, but why this is still eludes us.

What’s the impact of your work?

The work has two primary impacts. The first is that evolutionary biologists lack an understanding of the limits of adaptive phenotypic plasticity, and this work will likely answer this question—at least in one system. The fact that plasticity is high in some killifish populations, but not others, provides an excellent system to examine the causes of this pattern. One idea is that possessing the genetic/physiological machinery to produce plastic phenotypes is itself costly, (but) there is not much data to support this. Another idea is that cue reliability varies. For evolution to favor plasticity, there must be a cue that predicts what the environment will be like in the future.

This leads to the second impact on the field. Our work requires us to sample lighting environments across multiple populations and over time using spectrophotometers, GIS/satellite data, and historical records. The lighting environment provides information on other ecological data, such as the levels of humic acid, algae, sediments, salinity, and other environmental data. Over my 25 years of studying this system, we have seen dramatic changes at many sites. The current study will force us to take a broad view of changes over time and space.

My field has changed in three primary ways. The first is the rise of genomics. Genomic approaches have permeated nearly (all) aspects of biology. Scientists can “find the genes” for the various traits they study, sequence a non-model system's genome, use environmental DNA to assess which species are present, and use DNA markers to determine the pedigree of animals in natural populations for multiple generations.

The second significant change is an increased appreciation for applied questions with relevance to conservation. There can be no doubt that climate change is upon us. Currently, one of the major goals for ecologists and evolutionary biologists is to determine the extent to which populations will move, respond via plasticity, respond through genetic evolution, or go extinct. Lots of species are facing significant environmental changes that are resulting in evolution in real-time.

The third significant change is the desire to diversify the scientific workforce. There were some female role models when I was an undergraduate student, but not a lot. The biology departments were nowhere close to 50% male-female. In the Department of Evolution, Ecology, and Behavior, we consistently hover around 40-50% women. It’s nice. Now, the push is to do the same for folks from groups traditionally underrepresented in science. The environment feels better when you aren’t the only one of your group.  It’s also nice to have diverse colleagues from diverse backgrounds.

In recent years, I have taught two main courses: Ichthyology (i.e., the study of fish) and The Analysis of Biological Data in R (i.e., a biostats course). For Ichthyology, I am proud of all the students who have gone to graduate school in aquatics or pursued a career in aquatics. I love it when the students invite me to their master’s degree and PhD defenses in subsequent years. We tackle the study of fish through the lenses of evolution, ecology, conservation, and physiology.  The first six weeks have labs in the field, and it's such a joy to take these kids around central Illinois and show them that – despite being in a sea of corn – we have fascinating, compelling fish species all around us. Even in the Boneyard Creek on campus, we easily have (more than) 20 fish species. The natural world is all around us.

My biostats course is primarily for graduate students, although a few upper-level undergrads take it. There is a commonly used computer language called ‘R’ that lots of people use in ecology and evolution. It is program-based—not point-click based. So you have to have some basic programming skills to use these tools.  My course takes students with no background in computer programming whatsoever and gets them through this pretty steep learning curve.  I feel good about this course when I see students using skills from my class in their presentations in later years. 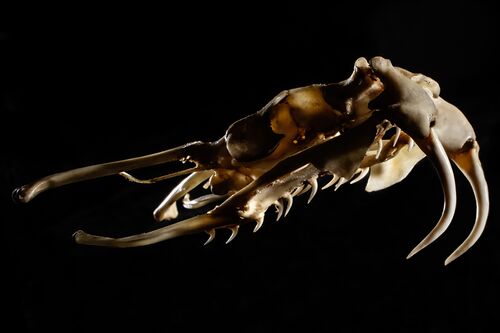 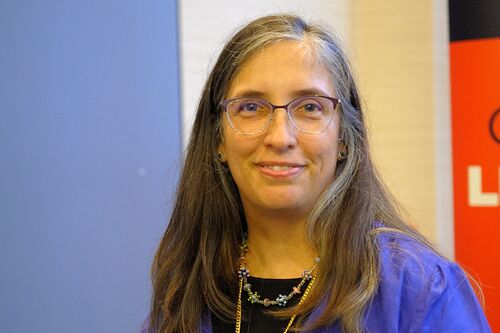 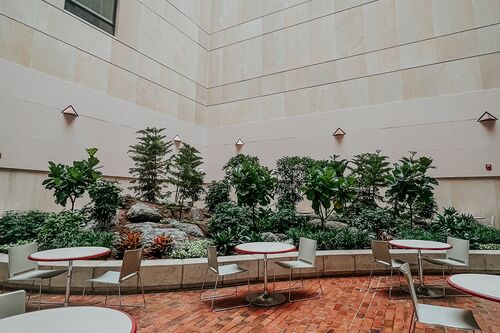