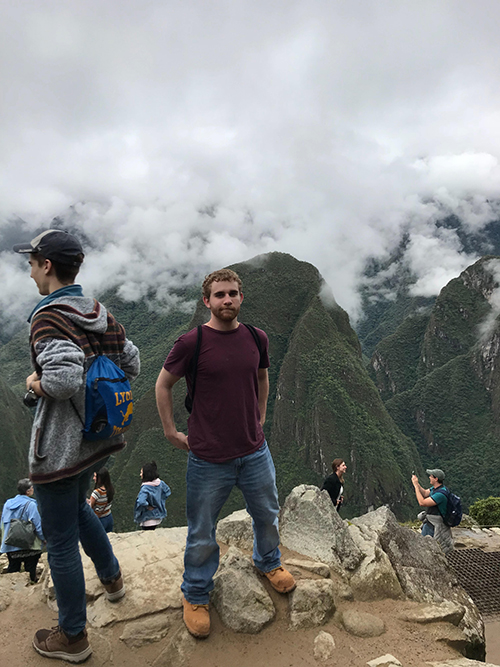 My study abroad adventure came when I decided to go out of my comfort zone during my junior year and study in Peru during winter break.

I took the class Global Studies 298: Heritage, tourism, and economic development in the land of the Incas with anthropology professor Helaine Silverman. This journey was surreal as I was able to experience leaving the country and being immersed in a new society for the first time. I was able to go with the support of an LAS Abroad scholarship.

While I was in Peru, I encountered a heritage built by ancient Andean civilizations and conquered by colonial Spaniards. I visited the Cusco Cathedral constructed by the Spanish in the Incan capital of Cusco, and I journeyed to the ruins of Machu Picchu, the ancient settlement hidden from Western civilization until the 20th century. While I saw breathtaking structures and sites, I also encountered a people known for its artisans and amazing cuisine. This journey and meeting these people allowed me to glimpse just how large our world is.

While I miss the Peruvian food and seeing the majestic Andes, I learned a lot both about myself and America. I realize how blessed I am for being an American and having water that I can drink from a faucet or being able to dispose of toilet paper in the toilet. It’s small things like this that I had taken for granted my whole life

I also realized that taking a step out of my comfort zone could be beneficial. Before Peru, I was afraid of change. I grew up and continued college in a mid-sized central Illinois town. I was content with my job and just going to class, then going home.

When I came back from my study abroad I felt an urge just to see what I could accomplish by risking rejection. Since then I have participated in an archaeological excavation, become the vice president of the Anthropology Club, become a brand ambassador for the College of LAS, and joined a lab to enhance my hands-on learning experience at the University of Illinois.