A few things have happened since then: the Alma Mater statue moved out front in 1962. The first consumer laptop was released in 1985, and the World Wide Web went mainstream in 1990. The campus introduced i-cards for student identification in 2002. In 2010, the campus opened the most accessible dorm for students with disabilities in the country.

This project will renovate Altgeld Hall and replace Illini Hall with a new facility. It will create a significant amount of new space, and the new Illini Hall will be home to a new data science center as part of the Champaign-Urbana hub of the Illinois Innovation Network. The network will consist of various hubs across the state including the Discovery Partners Institute. Increased capacity and modernized learning spaces will benefit all Illinois students who study in these buildings.

This project will target LEED Silver certifications, meaning the buildings will use water and energy efficiently, be constructed with recycled or renewable materials, and are meant to reduce greenhouse gas emissions.

And though Altgeld Hall will be modernized, the project also focuses on restoration. Current plans include the restoration of mosaics, murals, and woodwork in Altgeld Hall’s magnificent library.

Illini Hall will be replaced with a world-class facility for learning, innovation, and discovery in the mathematical sciences.

Learn more about the project by reading the latest Altgeld and Illini Hall news or by subscribing to updates.

As of spring 2022, demolition of Illini Hall is tentatively scheduled to begin in fall 2022 with construction of the new building beginning shortly after. Illini Hall completion is expected in 2024.

Please note that these dates are estimates and are subject to change.

Renovations and restorations for Altgeld Hall may include:

View a virtual tour of the planned Altgeld Hall renovations:

Altgeld and Illini Halls serve together as home of the Departments of Mathematics and Statistics. In the last 10 years, enrollment in both departments has increased 117 percent. Additionally, enrollment in mathematics and statistics courses has increased 40 percent in the last 10 years, with 80 percent of enrollment coming from other majors. Many programs outside the College of LAS require their students to take these courses.

This project will create a larger building in place of Illini Hall to accommodate both departments’ growth and includes a data science component that does not currently exist on campus. It will also provide faculty and students with flexible and modern spaces for interdisciplinary learning and discovery.

The projected cost of the renovations and construction is expected to be $192 million. Funding will come from the state, campus, and the generous support of alumni, friends, and corporate donors. Campus has already committed $27 million through the Academic Facilities Maintenance Fund Assessment Oversight Committee, a group comprised of students and administrators. The commitment is contingent on the university securing the remainder of needed funding.

Our initial goal is to raise $10 million in private and corporate donations in support of this project.

The work in Altgeld Hall will place a high priority on preservation because of the building’s inclusion on the National Register of Historic Places, while creating state-of-the-art classroom space for the thousands of students who take classes there each year.

After careful evaluation, the decision was made to replace Illini Hall with a new facility that will allow us deliver world-class educational experiences to more students and expand our research capacity in the data sciences. The limitations of the existing facility are simply too extensive to overcome through renovation or reconfiguration.

We have been in communication with the Illinois State Historic Preservation Office to ensure that our design and construction process for the new building is done in a manner that respects and documents the architectural importance of Illini Hall and that also ensures that the historical role it has played here at the university is celebrated. We will work with ISHPO to develop a public plan for documentation of Illini Hall’s physical and cultural history.

A key part of our early architectural planning process will be to assess the possibilities of reusing or reincorporating components of the original structure into the new one. As with past projects that involved the removal or substantial reconfiguration of older buildings on campus, we will work to ensure that the companies selected to handle demolition will provide opportunities for architectural salvage of materials and features that will not be otherwise retained.

We post news about Altgeld Hall and Illini Hall in our news. Additionally, you can sign up for an email newsletter about the project to receive regular updates directly to your inbox. 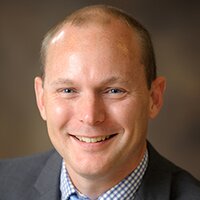