Skip to main content
U. of I. helps dedicate new telescope array to open a new window on the universe.

Astronomers will get a clearer view of deep space and our universe's origins with the new radio telescope array high in the Inyo Mountains in eastern California.

The recently dedicated telescope array, in which the University of Illinois plays a key role, "will be the most powerful telescope of its type for years to come," says Richard Crutcher, professor of astronomy in the College of Liberal Arts and Sciences. The Combined Array for Research in Millimeter-Wave Astronomy, or CARMA, is a joint venture of the U. of I., the University of California at Berkeley, the University of Maryland, and the California Institute of Technology.

At the Cedar Flat site near Bishop, Calif., scientists have combined six 10-meter telescopes from Caltech's Owens Valley Radio Observatory with nine 6-meter telescopes that made up the Berkeley-Illinois-Maryland Association array. According to Crutcher, a major advantage of relocating these 15 telescopes to Cedar Flat is the dry air at the site's elevation of 7,200 feet-an elevation more than twice as high as the telescopes' previous locations. At this high-altitude site, CARMA will provide unparalleled sensitivity, opening new windows into the hidden universe.

For example, astronomers will be able to use CARMA to peer into the hearts of galaxies to study the cold molecular gas that fuels star formation and feeds massive black holes. They will also study possible future sites of planet formation, identify interstellar clouds of molecules that can form the building blocks of life, and probe the origins of the universe.

"These observations will address some of the most important questions in astrophysics today," says Lewis Snyder, a U. of I. professor emeritus of astronomy and a leader in the effort to develop the new array."These questions include how the first stars and galaxies formed, how stars and planetary systems like our own are formed, and what the chemistry of the interstellar gas can tell us about the origins of life."

"CARMA is the premier facility and will be used both for conducting front-line research and for training the next generation of radio astronomers," adds James Kirkpatrick, executive associate dean of the U. of I. College of LAS and a member of the CARMA board of directors. Radio telescopes such as these pick up radio waves coming from deep space. Radio waves can penetrate gas and dust in space significantly better than can light waves; what's more, the "radio maps" created from these signals can peer deeper into space and further back in time than is possible with optical telescopes.

Construction costs for the combined array, which has a value in excess of $50 million, were divided among the four universities and the National Science Foundation. Astronomers around the world have access to the facility. 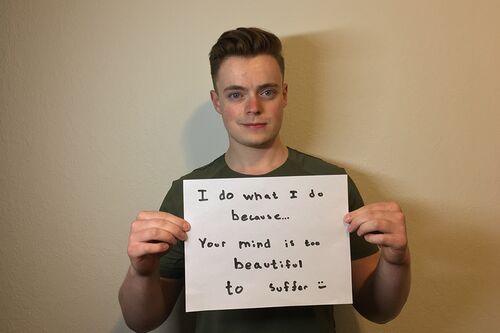