The stunning images of cells under the microscope were what first drew Anne Carpenter (PhD, ’03, cellular and structural biology) to the laboratory of LAS professor Andrew Belmont in 1997.

But Carpenter said she also joined Belmont’s laboratory as a graduate student because “he thinks very clearly and deeply about things,” and she knew the work would be challenging. One such challenge changed her life. It arose toward the end of her time in his lab, when she found herself going through the tedious, manual work of using a digital ruler to measure the width of each little blob of DNA on the screen.

“It was incredibly slow,” she said. So over one weekend she downloaded a program from the National Institutes of Health, which allowed her to automate the process of measuring dots of chromatin.

“That got me hooked on programming,” Carpenter said. Soon, she also figured out how to automate the microscope itself, enabling it to “march across the slide and find cells with DNA glowing.” She did the programming, even though she was a cell biologist, not a computer scientist.

Fast-forward to today, and Carpenter is at the Broad Institute of Harvard and MIT, leading a research group that works on one of the most important open-source image analysis software projects available to scientists. (“Open-source” refers to software that can be used for free and whose code other scientists can build on.) Building on her experiences in Belmont’s lab, Carpenter developed CellProfiler, the first open-source, high-throughput cell image analysis software. Although compatible with any scale of experiment, it can analyze millions of images per day.

CellProfiler is being used to do breakthrough research on diseases ranging from leukemia and Ebola to cancer and tuberculosis. Based on this pioneering work, Carpenter has been awarded the 2018 LAS Outstanding Young Alumni Award.

Growing up on a farm in northwestern Indiana, Carpenter said she was a bookworm, showing no special interest in science. In fact, she said her grandfather once gave her a science kit, but she left its formaldehyde-soaked frog intact, and she always left the unpleasant job of dissection to her lab partners in high school.

Carpenter realized her abilities in science were something special during her freshman year at Wheaton College in the Chicago suburbs. She transferred to Purdue University because it had more breadth in the sciences, and she finished her bachelor’s degree in biological sciences in 1997.

Then it was on to Illinois for her PhD in cellular and structural biology, where one of her jobs was observing how cells and their chromatin change over time. She loved the microscopy work so much that she said, “For the next step in my career, I only considered options that involved some kind of high-throughput imaging and some kind of image analysis.”

So, after receiving her PhD in 2003, she wound up at MIT’s Whitehead Institute for Biomedical Research for her postdoc. But once again she encountered a bottleneck in the processing of cell images, this time while measuring the size of Drosophila fruit fly cells.

Necessity is the mother of invention, so Carpenter decided to write her own software code to solve the imaging problems, and that code eventually became CellProfiler. Biologists around the world now use this high-throughput image analysis software to measure more than 1,000 features of cells. CellProfiler is launched hundreds of thousands of times per year and has been cited in more than 6,000 academic papers and counting.

“We’re not just measuring one metric of a cell,” Carpenter said. “We’re measuring an entire rich profile of how cells respond to a mutation and how they respond when a drug is present.”

The software also allows a new kind of experimental strategy, known as morphological profiling, where cells are stained with multiple dyes, often using an assay called Cell Painting invented by her laboratory and its collaborators. Such experiments allow the detection and measurement of thousands of features of each cell.

“She has single-handedly created a new field in cell biology—morphological profiling,” writes Jie Chen, head of the U of I Department of Cell and Developmental Biology. Furthermore, the Broad Institute describes her as “a pioneer in image-based profiling, the extraction of rich, unbiased information from images for drug discovery and functional genomics.”

As just one example, researchers at the University of Utah used CellProfiler to screen existing, approved drugs to evaluate their impact on a rare disease, cerebral cavernous malformation. The disease is characterized by abnormally formed blood vessels, which can leak and trigger hemorrhaging in the brain and spinal cord.

Using CellProfiler, Utah researchers found a promising compound that the FDA recently approved for clinical trials this year. This research also led to the creation of a company, Recursion Pharmaceuticals, which aims to screen drugs for hundreds of other rare diseases. Carpenter serves on their scientific advisory board.

“This is simplifying the process, but they introduce a mutation known to cause disease in humans,” she explained. “Then they examine the cells using CellProfiler to see if the structure of any of the cells changes in response to that mutation. If the cells change in a detectable way, researchers use CellProfiler to screen existing approved drugs to find one that can reverse the disease.”

In another project, John Crispino, a professor from Northwestern University, used CellProfiler to find a promising drug treatment for megakaryocytic leukemia—a cancer that often affects children.

Crispino’s lab identified a drug that causes megakaryocytic leukemic cells to become polyploid, which results in the cells having excess DNA and causes them to partially mature and then die.

Standard imaging software was not powerful enough to do this work, so Crispino turned to CellProfiler. The resulting data were “far more complete. In fact, there is really is no comparison,” Crispino said.

The compound they discovered with CellProfiler is in clinical trials.

Carpenter said her laboratory’s software engineers continually improve CellProfiler. In the fall of 2017, they put out a version that handles 3D images, and they are working to give the software deep learning capabilities—“a type of machine learning that is proving to be incredibly powerful in identifying structures of cells.”

If they can train the system with enough examples, she said they can get to the point where the deep learning models understand what nuclei look like, just as well as humans do.

“Basically,” she said, “it’s like building a biologist’s brain, which can look at images and say, ‘ah, there’s the mitochondria’ or ‘here’s the nucleus,’ and ‘there’s the cytoskeleton,’ and so on. It will do the job right out of the box.

“I never imagined I’d be in software engineering, leading a group that is entirely computational,” Carpenter added. “It’s quite a surprising path for a cell biologist.”

But she said this is par for the course for scientists.

“Quite a large number of scientists follow rambling paths before settling on a research area,” she said. “That happens when you follow your curiosity.” 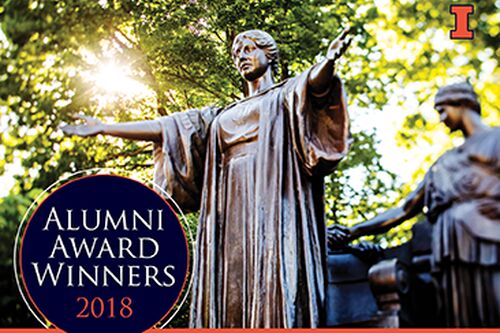