When will workplaces across the United States have an equal split between men and women in their ranks? Twenty years? Maybe 40? According to a mathematical model created by a research assistant professor in the Department of Mathematics, the answer to that question in some professions could be never—unless interventions occur.

While women consist of 50 percent of the population and roughly 47 percent of the workforce and have become better represented in business, academia, and government, their absence in leadership roles at the top of most hierarchies remains, as noted in a research paper written by J.L. Doob research assistant professor Sara Clifton and her colleagues.

The article was published in Chaos: An Interdisciplinary Journal of Nonlinear Science last month and is titled “Mathematical model of gender bias and homophily in professional hierarchies.”

The model is different from past models presented by other researchers. Other models have assumed that gender parity, or a 50-50 split between men and women, will eventually be reached. However, Clifton’s model examines more factors and predicts that gender parity may not be reached even after the passage of many years.

Clifton said that while a lot of fields look like they’re heading to gender parity, her model has found fields where gender parity may not be inevitable and can only be attained through intervention and a conscious effort to resolve the inequity.

“We set up a model that incorporates the decisions of two major groups of people in a hierarchy: those who are applying for promotion, and those granting promotion,” Clifton said. “Using two factors, homophily, or the desire to be with those similar to yourself, and gender bias, the team set up a mathematical model.”

In certain fields, the model predicted that gender parity wouldn’t occur for centuries, if at all. For example, according to the model’s predictions, engineering is expected to remain male-dominated, and academic biology (the instruction of biology) is expected to remain female-dominated. Meanwhile, male-dominated fields in academia such as physics, mathematics, and computer science are predicted to never reach sustained gender parity, at least in the highest levels of leadership.

“If this is true—and we won’t really know until history plays out—but if it’s true then just waiting for gender parity to happen in some fields is not going to work,” Clifton said. “Because this model predicts that there are certain fields where one gender is going to take over.”

Meanwhile, certain fields are expected to reach gender parity without intervention. Those include medicine, law, journalism, and academic psychology.

The team analyzed up to 30 years of data from 16 different fields. Clifton mentioned that some data was hard to obtain, and there’s not enough data to confidently predict where each field is headed.

“There are some fields where the percentage of women in the field was heading towards parity, but then did a turnaround, which the existing models wouldn’t be able to predict,” Clifton said.

One such field? Clifton’s very own field of mathematics and statistics, which drifted away from gender parity around 20 years ago. In contrast, medicine and law are predicted to eventually reach gender parity, as these fields demonstrate low gender bias and weak homophily.

According to Clifton, targeted efforts could quicken gender parity. In fields where gender parity is deemed unlikely, resources could help reverse course and improve prospects for the underrepresented gender.

“If bias is very strong, you can suggest to hiring committees that they make sure that the people they’re hiring are reflective of the applicant pool,” Clifton said. “And if homophily, that self-seeking tendency, is a stronger force, you want to be recruiting men or women to apply for promotion.”

Still, Clifton notes the model comes with a couple of caveats. For instance, the model assumes bias and homophilic instincts have been constant in each field over time, which isn’t necessarily true and doesn’t account for other forces at work. Additionally, some fields like politics aren’t strictly speaking hierarchies as political figures are elected in instead of chosen for promotion.

Clifton said she hopes other mathematicians gather more data and refine the model.

“I don’t think the model is ready for direct implementation right now, but I hope people do think about these things,” Clifton said. “The major thing this model tells everyone is there is a possibility that gender parity is not inevitable, so we shouldn’t be complacent.” 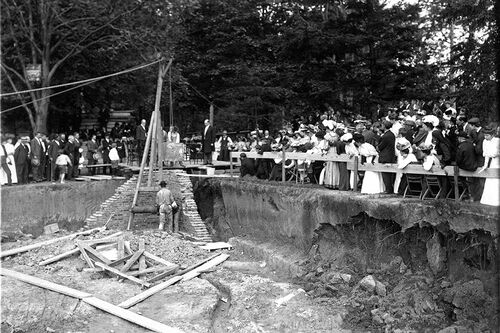 Read article:
The workhorse
Many campus policies, mainstays, and enduring traditions can trace their roots to the relatively obscure Illini Hall
END_OF_DOCUMENT_TOKEN_TO_BE_REPLACED 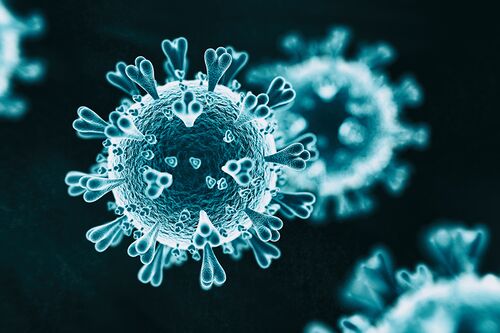 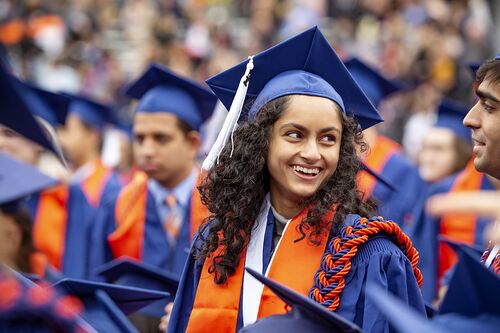