A microscopic animal produces a compound that can paralyze parasitic worms that have infected over 200 million people worldwide, an interdisciplinary team of scientists from the University of Illinois and the University of Wisconsin reported in a recent PLOS Biology article.

The discovery of the compound, known as Schistosome Paralysis Factor, could be critical for producing a treatment against schistosomiasis, a parasitic disease whose impact the CDC has called “second only to malaria.”

People are often infected while swimming, fishing or washing clothes in waters infested with the parasitic flatworms known as schistosomes. Those who are infected, mostly from poor and rural areas in developing countries, can suffer from the disease for years if left untreated, with symptoms including abdominal pain, enlarged liver and an increased risk of some types of cancer.

Before the parasites enter the water where they infect people, the worms live in snails.  However, some snails contain a microscopic aquatic animal known as a rotifer that prevents those snails from becoming infected.

The researchers grew strains of these rotifers, separated the chemicals they secreted into fractions and tested which fractions had schistisome paralytic abilities. They then used chemical characterization tools to find what the compounds were. After stages of purification and characterization, they honed in on a single compound that paralyzed the infectious worms and left them unable to infect the mice they used in their study.

"All of this suggests that this compound, the schistosome paralysis factor, has the capability of being a promising drug candidate," said Jonathan Sweedler, the James R. Eiszner Family Endowed Chair in Chemistry and director of the School of Chemical Sciences, who contributed to the project.

Sweedler anticipates that the follow-up studies will include testing for side effects as well as its effectiveness in mammals and possibly humans. Researchers at this point are focused on attempting to understand how the compound works and what it does to the schistosome.

Meanwhile, Praziquantel, the only drug to treat schistosomiasis, can only be administered after someone has been infected and can’t prevent infection from occurring. What’s more, the parasitic worms are beginning to show resistance to the drug.

Once people come in contact with water infested by the parasites, the worms are able to wriggle through the host’s skin and into their tissue until they reach the blood vessels. The eggs they lay once they develop into adults are responsible for causing the disease. Though the disease tends to disable instead of kill, the World Health Organization estimates anywhere from 24,072 to 200,000 people die each year from schistosomiasis.

The disease is endemic to mostly poor, tropical, and sub-tropical countries, where over 600 million people are at risk of infection. Few efforts to control the disease have been undertaken in Africa, the continent where the disease is most prevalent.

Though a treatment for schistosomiasis is far from guaranteed, Sweedler said the discovery of the compound has opened up a new range of compounds and structures to study.

"Obviously what we've got is an important start," Sweedler said. You can read the paper here. 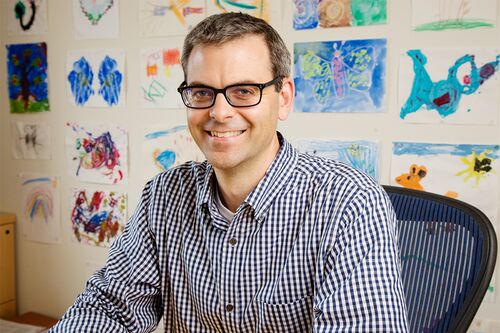 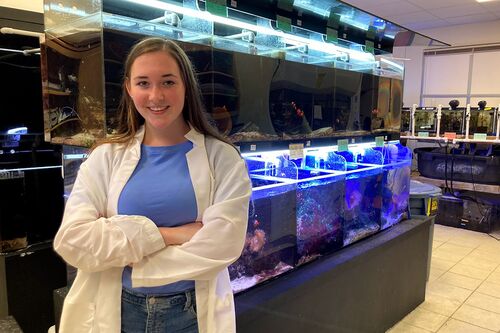 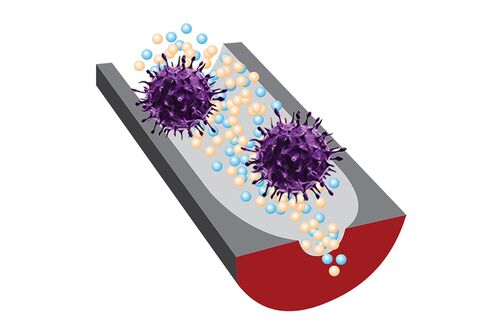 Read article:
DNA sensor quickly determines whether viruses are infectious
New method developed at U of I yields test results in as little as 30 minutes
END_OF_DOCUMENT_TOKEN_TO_BE_REPLACED