As COVID-19 hit communities around the world, two researchers connected to the College of Liberal Arts & Sciences realized various countries could flatten the curve using a variety of policies to slow the virus transmission. However, successfully lowering transmission rates while preserving their own economies could only come with two consistent pieces — balance and customization.

Statistics professor Xiaohui Chen and Ziyi Qiu, an economist and visiting professor with the Department of Economics, used real time data to consider ways nonpharmaceutical interventions – including lockdown, school closures, mask wearing, and centralized quarantine – save lives and affect the economic health of a country.

“We are trying to look at how different countries handle COVID-19 with different government intervention instruments,” Qiu explained. “For example, we started with China, who was the first country to experience an outbreak. They were using very different approaches than what the U.S. has done.”

They added Singapore as it hit the scene as one of the globe’s largest hotspots followed by South Korea. They added European countries Italy, France, Germany, and the United Kingdom as the outbreaks spiked in live time.

“We realized that every country experienced this outbreak at a very different timeline and the correction, which we call non-pharmaceutical interventions, are different across the countries,” Qiu said.

While European countries were utilizing lockdowns, which of course came with potential to damage the economy, South Korea and Singapore never locked down. China encouraged people to wear masks while in European countries and the U.S., initially, mask wearing was not recommended. Each combination of nonpharmaceutical interventions (or NPIs) resulted in different transmission rates in each country.

“We’ve been tracing the data, because we are both originally from China,” Qiu said. “We have family members in China, so we started on day one.”

As the U.S. began confirming cases they transitioned the data into a model.

“We started thinking this is good timing for us to turn our idea into a paper that could potentially help the government not just in the U.S. but across the globe to gain insights into what should be appropriate selection of NPIs to help them with this outbreak to minimize the damage,” Chen said.

Considering the nine countries with six NPIs, they tracked government websites, the health authority in each country, and media announcements to trace how each policy change affected the transmission rate. Within their findings they constructed a variety of scenarios by combining different sets of the six interventions. They hoped to show how the different interventions could confront the impact of transmission, while, on the other hand, balancing the impact on the economy.

“What we realized is that every country should really customize according to their specific situation,” Qiu said. “We can’t just follow other countries. We can see what is happening elsewhere and learn success stories, but, after, we need to customize the NPIs to particularly target the U.S. economy.”

“In summary, we want to find smarter versions of the interventions that can be customized to each country based on the past data and the similarities to other countries so they can choose best their own intervention policies to control the COVID-19 spread,” Chen added. “On the other hand, you can minimize the socio-economic effects on the whole society. There is inevitably a trade off between a strong NPI policy and also the holding down of economies. We wanted to find the best balancing points to consider these two factors simultaneously.”

As protocols have changed through the months of the pandemic, the researchers continue to monitor data and revise their findings based on new policy.

Their findings have been published through the Centre for Economic Policy Research (CEPR). 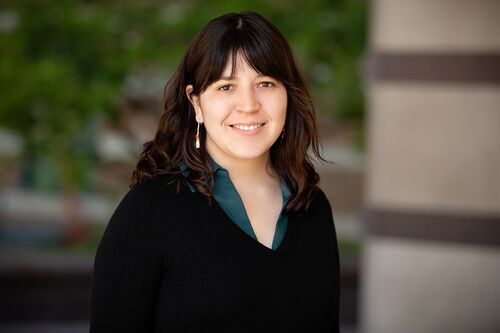 Read article:
Studying the geographies of death from COVID-19
Pamela Martinez examines health disparities during the pandemic in Chile
END_OF_DOCUMENT_TOKEN_TO_BE_REPLACED