Skip to main content
A. Naomi Paik examines immigration, imprisonment, and an opportunity to rethink our future

We're living during a tense, divisive, and dangerous time. How do we get to a brighter future? A. Naomi Paik sees a path, and it’s lit by clear-sighted analysis of how we got here. She studies immigration, imprisonment, and how some of our most hotly debated problems reach back to the foundations of U.S. history.

What is your area of study?

My work is rooted in critical ethnic studies and feminist studies, as well as their political commitments to social justice and liberation. I focus particularly on U.S. regimes of immigration and imprisonment—both as distinct systems of U.S. state and capitalist power (run by different agencies of federal, state, and local governments) and as they intersect and amplify each other’s power (as, for example, in the case of immigrant detention).  I also think through the ways that U.S. imprisonment and immigration regimes not only operate within the United States, but also extend well beyond our borders, as seen in the prison camps of the Guantánamo Bay Naval Base. In this way, my research is also deeply interested in understanding how U.S. imperialism operates.

Broadly, I look at the wide-ranging circuits of U.S. state violence and power and how they connect seemingly different groups subjected to U.S. authority—from Japanese Americans “interned” during World War II to those people ensnared in the criminal justice system to noncitizens criminalized, detained, and deported simply for not having their papers in order. We may not see these kinds of connections among such seemingly disparate groups, but if we look closely at how the state targets them for discipline, we can see how the state makes the connections for us, as my colleague Nadine Naber argues.

My second book, “Bans, Walls, Raids, Sanctuary: Understanding U.S. Immigration for the 21st Century,” was just published by the University of California Press. I wrote it in response to the increasingly draconian attacks waged against immigrants and migrants, among many other targeted people, by the 45th U.S. president and his administration. I wrote it primarily with students, organizers, and everyday people who know that we face a dire situation, but don’t understand exactly why or how our problems got to be so severe. Since I’m aiming to reach a nonacademic audience (unlike my first book and many articles, which are more for my colleagues), I wrote this book with a different kind of voice that I hope is clear and sharp, while offering the deep analysis that I think is necessary. The book shows how the problems we face today are not new but reach back to the very foundations of U.S. history.

I highlight how attacks against immigrants and migrants are always bound to attacks against other people made marginal and cast out by the state and capital—like people of color, radical leftists, queer folks, women, disabled and ill people, and more. I try to lift up people and groups organizing for broad-based movements that seek to forge solidarity, contest such attacks on communities and neighbors, and build new relationships that might lead us out of our current morass. We have models both from history and from right now that can help guide our analysis of our conditions today and our thinking and strategies for the future.

Getting to know and work with students! One of the things I appreciate so much about this job and this place is the wide range of students we get to teach. That range presents challenges, but it also offers rich opportunities for robust discussions and deep engagements with difficult problems we have to face in our history and present. The best part of teaching is getting to think with students about big problems.

How can we grow from what we’re experiencing today?

We are facing an historic moment brought on my multiple crises—when the social conditions can no longer maintain the current social order. Not only has the COVID-19 pandemic and our federal government’s nonresponse to it wreaked havoc on the lives of millions of ordinary people, but we are also facing an historic reckoning over racism and the police violence whose purpose is to maintain a deeply inequitable social order rooted in racism, patriarchy, imperialism, and other power hierarchies. Furthermore, we cannot ignore the escalating climate crisis that threatens to destroy the lives of millions of people in the near future.

But this moment of crisis can also be an opportunity to rethink how we relate to each other socially and politically from the ground up. We can invest in public health infrastructure that could grapple with the pandemic and set us up for greater health outcomes overall for generations. We could dramatically expand public education with smaller teacher-to-student ratios that would benefit learning, while also keeping each other safer from public health threats like the coronavirus. We could guarantee ordinary people’s basic economic livelihoods with federally backed wage supplements, even as expanding investment in infrastructure, education, and health care create new jobs and opportunities.

And, as the abolitionist organizers across the nation are showing us, we can divest from institutions of violence and harm, like police, and reinvest those resources into institutions and systems that actually create communal safety. In a time of crisis, many paths forward are possible. The university has a crucial role to play in what path we take—economically, politically, socially, and ethically. But it will take all of us to create the future we want to see. 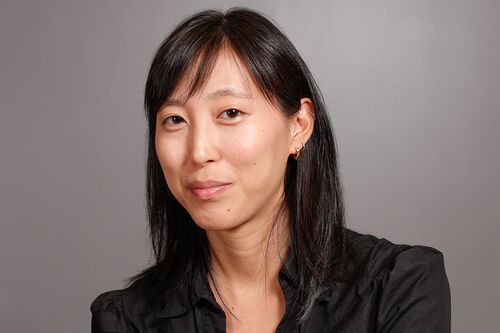 Read article:
Why the calls for defunding the police?
Professor explains the reasoning behind a (not so) new idea
END_OF_DOCUMENT_TOKEN_TO_BE_REPLACED 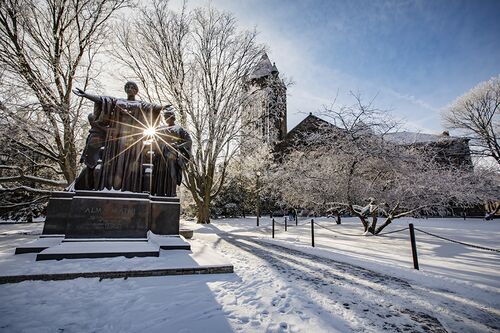 Read article:
Staff and academic professionals recognized by the College of LAS
Six individuals will be honored in March for their work efforts
END_OF_DOCUMENT_TOKEN_TO_BE_REPLACED 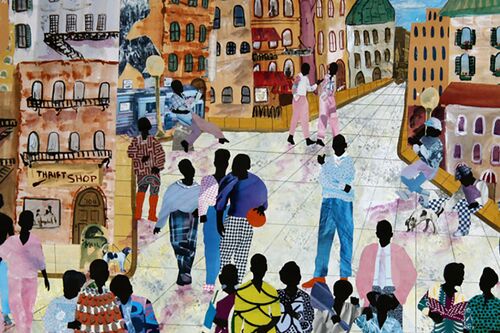