Most of us have, at some point, experienced workplace incivility – small, rude behaviors of ambiguous intent. Recent work from the Beckman Institute for Advanced Science and Technology and collaborators has theorized on the biological consequences of workplace incivility, both from the perspective of the uncivil act itself, and the recipient’s response to the incivility. The study explores how workplace dynamics can affect an individual’s ability to respond to an uncivil act in a way that de-escalates conflict and downregulates stress responses.

This work, titled “The embodiment of insult: a theory of biobehavioral response to workplace incivility,” was recently published in the Journal of Management.

As isolated incidents, workplace incivilities can seem minor; a colleague interrupting during a meeting or ignoring a coworker might not seem like cause for alarm. However, because incivilities are frequent in many workplaces and are often directed toward individuals from historically marginalized groups, they are far from inconsequential.

“A lot of people look at workplace incivilities and think they’re not that big of a deal. But for anyone who is part of a targeted group, it’s obvious these behaviors are not a small thing to experience, mainly because of their high frequency,” said Kathryn Clancy, a professor of anthropology at the University of Illinois Urbana-Champaign.

The Clancy group focuses on reproductive justice, taking a particular interest in how workplace harassment and incivility affect menstrual cycles. To investigate these physiological consequences of workplace incivility, Clancy teamed up with Lilia Cortina, a professor of psychology and women’s and gender studies at the University of Michigan.

“It’s well-established that workplace incivility is a stressful experience that can undermine people’s work and well being. But can it get into their bodies? We suspect it can, via stress physiology. Our article explains how,” said Cortina.

Clancy and Cortina first collaborated in 2019 for a Beckman Institute-hosted workshop on incivility in STEM fields. Although the two had previously contributed to the 2018 National Academies report on sexual harassment in STEM fields, this workshop sowed the seeds for what would be a multi-year collaboration to delineate the physiological effects of workplace incivility. The team for this study was rounded out by Sandy Hershcovis, a professor of organizational behavior and human resources at the Haskayne School of Business at the University of Calgary, whose previous work was foundational in defining workplace incivility.

“There was something special about working on this paper because it was all brain work,” Clancy said. “We were thinking and talking and pushing each other in a way that was pretty extraordinary.”

“If someone is rude to you and you respond to that by being rude back, that might seem satisfying in the moment, but it’s actually terrible for your stress physiology,” Clancy said. As described in this paper, responding to workplace incivilities in unproductive ways triggers continuous activation of the sympathetic nervous system, resulting in a fight-or-flight response that is chronically turned on.

Nevertheless, responding to incivilities can be difficult if a workplace is not organized in a way that encourages social support.

“We wanted to note that it’s not just the uncivil moment that’s stressful, but also the access you may or may not have to affiliative behaviors,” Clancy said. “If someone is rude to you, and you’re in a workplace where you’re expected to be rude back, that means there’s only a narrow range of responses even available to you in that environment.

The challenges of responding to incivilities is often compounded for historically marginalized groups, who experience workplace incivilities at higher frequencies and do not have access to as many affiliative responses in their workplaces.

“If none of your colleagues have the same lived experience as you, it’s likely no one will show the right amount of compassion for what you’re going through,” Clancy said. “Your positionality in that workplace is going to affect how well you can respond to an incivility in a way that’s actually healthy and safe for you.”

This paper lays the theoretical foundation for an ongoing collaboration between Clancy, Cortina, and Hershcovis which will examine how workplace incivilities affect hormone levels and menstrual cycles for women in STEM fields. 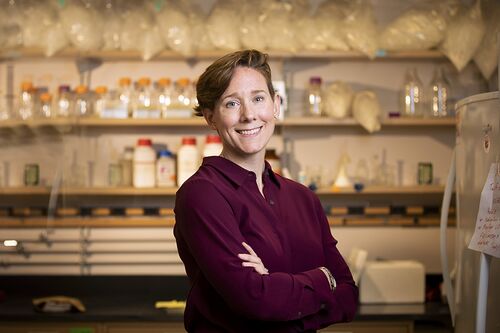