Laura Shackelford and her colleagues were digging for fossils in northern Laos in 2018 when children from a nearby village told them about a cave that was full of bones. The catch? It was known as a hangout den for cobras. After someone scouted it out, however, the professor of anthropology investigated the children’s claim—and made a huge discovery.

The ceiling of the cave was embedded with scores of bones and teeth. Many of them were the remains of extinct mammals such as pygmy elephants, but after some work the researchers discovered a tooth that was almost human, but different. Further analysis revealed it to be the tooth of a girl who lived some 131,000 to 164,000 years ago, which made it twice as old as any other human remains that they’d discovered in the region.

In a paper published in Nature Communications, Shackelford and her colleagues reported that the tooth was Denosivan, coming from an ancient, mysterious, and now extinct hominin species. It’s only the second Denisovan fossil to be found outside Siberia.

Shackelford answered questions about the discovery for the College of LAS .

Who were the Denosivans? What is the significance of finding a tooth from the group in Laos?

The Denisovans are an extinct group that was closely related to both modern humans and Neandertals (an alternate spelling of Neanderthal). Modern humans migrated out of Africa and became widely dispersed throughout Europe and Asia. By half a million years ago, the western group in Europe and the Near East became Neandertals and the eastern group in Asia became the Denisovans. We know a lot about Neandertals, but the Denisovans are much more mysterious. We have only known about them for a little more than a decade, and they are the only fossil human group that has been identified based on their genetics rather than their anatomy. We still only have a handful of their fossils from two sites – the Denisova Cave in Siberia where the first fossils were discovered and a partial jaw from the Tibetan Plateau that was published in 2019.

The first Denisovan fossils to be discovered were a few teeth and a finger bone from the Denisova Cave in Siberia. DNA from these fossils indicated that they belonged to an individual that was part of our own genus, Homo, but that was too different in its genetic makeup to be considered either a modern human or a Neandertal. So our first indication that they existed was indirectly through their genome. We also know that just like Neandertals, they left a genetic legacy in people who are living today. Studies of recent people have demonstrated modern Aborigines, Philippine Negritos, and Melanesians share 5 percent of their DNA with the Denisovans, and that other Southeast Asian populations share DNA to a lesser degree. This tells us that at one time Denisovans occupied a wide area of Southeast Asia. So the Tam Ngu Hao 2 molar from mainland Southeast Asia gives tangible evidence of what we have previously known based on this genetic data. It also gives some idea of the adaptability of the Denisovans. They lived in the cold arctic temperatures of Siberia, in the cold, hypoxic environment of the Tibetan Plateau, and now we know they were also living in the tropics of Southeast Asia. This is particularly exciting when you consider that Neanderthals were so well adapted to living in cold to temperate environments. Denisovans could adapt to extreme environmental conditions.

How do you know it was a child, and that the child was female? What does that fact suggest about the discovery?

We knew almost immediately upon finding it that it was hominin, but it was different from modern humans, Neandertals and other fossil species like Homo erectus. Closer examination showed that it had a very similar shape to that of the Xiahe molar from the Tibetan Plateau, and that fossil has been attributed to Denisovans based on paleoproteomics.

We knew right away that the tooth came from a child because it had not completely formed. The crown of the tooth was complete, but it had no roots. There was also no wear on the surface of the tooth like you would see if it had been used for chewing. Based on the rate at which modern human teeth develop, we estimated that the tooth came from a child who died when they were 4-8 years old. We discovered that it was female later after it had been taken to the lab and ancient proteins were extracted from it. The tooth enamel lacked the proteins that would indicate it was male. We are currently doing analyses to learn more about growth and development in Denisovans so that we can learn if it was similar to that of modern humans.

What were you researching in that area when you discovered the tooth? Do you continue to visit the area today?

When we found the tooth, we were astonished because we weren’t looking for Denisovans or even anticipating this type of discovery! Our team has been working in this region of Laos for more than 15 years because the area is full of limestone caves that are potential sites for finding early modern human fossils. For the last decade we have been looking for and excavating sites that had the remains of early modern humans – Cobra Cave is about 500 meters from Tam Pa Ling, where we have found evidence of humans dating back almost 75,000 years. It’s about the same distance from Tam Hang, which is a rock shelter where modern humans lived more recently, and we have ongoing excavations there of the artifacts people left over the last 10,000 years. But every year we survey the region looking for new sites to determine if they might be good ones for us to excavate, and now we know we need to look at a different kind of site, ones with Middle Pleistocene breccia deposits. Our last field season was in 2019 due to COVID, but we continue to work with our Lao colleagues and plan to return to Laos at the end of this year. 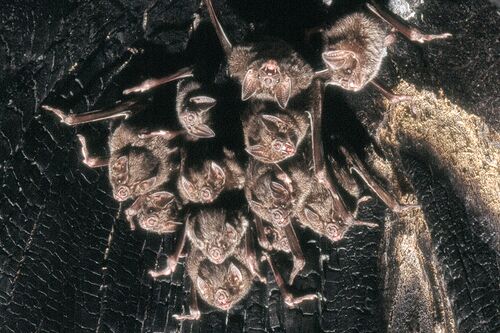