When the coronavirus causing COVID-19 infects human cells, the cell’s protein-processing machinery makes modifications to the spike protein that render it more flexible and mobile, which could increase its ability to infect other cells and to evade antibodies, a new study from the University of Illinois Urbana-Champaign found.

The researchers created an atomic-level computational model of the spike protein and ran multiple simulations to examine the protein’s dynamics and how the cell’s modifications affected those dynamics. This is the first study to present such a detailed picture of the protein that plays a key role in COVID-19 infection and immunity, the researchers said.

“The dynamics of a spike are very important – how much it moves and how flexible it is to search for and bind to receptors on the host cell,” said Tajkhorshid, who also is a member of the Beckman Institute for Advanced Science and Technology. “In order to have a realistic representation, you have to look at the protein at the atomic level. We hope that the results of our simulations can be used for developing new treatments. Instead of using one static structure of the protein to search for drug-binding pockets, we want to reproduce its movements and use all of the relevant shapes it adopts to provide a more complete platform for screening drug candidates instead of just one structure.”

The spike protein of SARS-CoV-2, the virus that causes COVID-19, is the protein that juts out from the surface of the virus and binds to receptors on the surface of human cells to infect them. It also is the target of antibodies in those who have been vaccinated or recovered from infection.

Many studies have looked at the spike protein and its amino acid sequence, but knowledge of its structure has largely relied on static images, Tajkhorshid said. The atomistic simulations give researchers a glimpse of dynamics that affect how the protein interacts with receptors on cells it seeks to infect and with antibodies that seek to bind to it.

They found that the protein has several “hinges” or moving parts, allowing the head of the protein to swivel on the stalk that sticks out from the virus. The researchers documented several different conformations, including active and inactive forms, and mapped how the protein shifts from one form to another. The conformations seen in their computational simulations lined up with the types and frequencies of angles observed in experimental structural studies, the researchers said, lending support to the validity of the simulations. Watch a computerized simulation here.

The researchers also found that processing by the host cell changed the viral protein’s dynamics. Much research has focused on the virus’s genetic code and the mutations it has acquired as new variants emerge. However, the spike protein goes through a number of changes as it is folded and “packaged” for shipping throughout the cell. One of the most common modifications, glycosylation, is the addition of sugars called glycans at specific points.

“Little is known about these post-translational modifications. The main role that has been noted is that glycans shield the protein from the targeting of antibodies,” Chen said. “We compared glycosylated and nonglycosylated forms of the spike protein and found significant dynamic differences between the two.”

The researchers noticed enhanced range of motion in the spike protein, making it more able to flex and interact with cell surface receptors. The glycans themselves also interacted with the cell membrane, allowing the spike protein to move and search along the membrane for the receptor.

“Glycosylations not only provide an immune shield but also mediate and enhance the mobility of the spikes, increasing the chances of the virus to successfully attach to and infect the human cells. Thus, the functions of these post-translational modifications are much wider than what was initially thought,” Kapoor said. “This understanding can now provide additional opportunities for targeting the function of this virus.”

The researchers said their findings highlight the importance of understanding not only genetic mutations in the spike protein of new virus variants, but also modifications such as glycosylation and how those modifications can add to virus infectivity and immune avoidance. They also anticipate other researchers using their models to develop new diagnostics, vaccines, and antiviral drugs.

“The hope is that down the road, this new understanding of the spike protein is going to be useful for therapeutic efforts. I imagine we can target the dynamics of the spike protein with compounds that bind to the hinges and make them inflexible, and therefore in principle, make the virus less effective,” Tajkhorshid said.

The National Institutes of Health supported this work through a NIGMS grant to the NIH Resource for Macromolecular Modeling and Bioinformatics at Illinois. 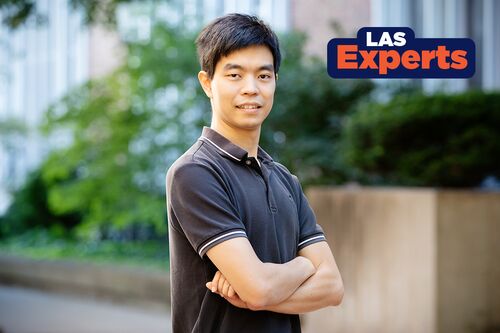 Read article:
A lifelong fight against infectious disease
A brush with an epidemic as a boy inspired Nicholas Wu to study antibody and virus evolution
END_OF_DOCUMENT_TOKEN_TO_BE_REPLACED 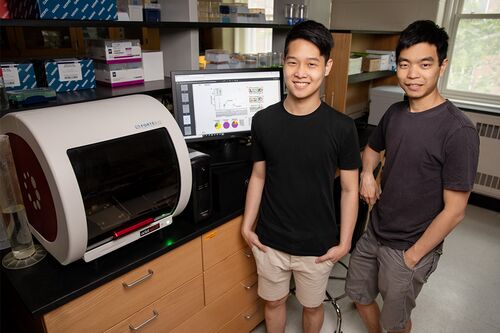 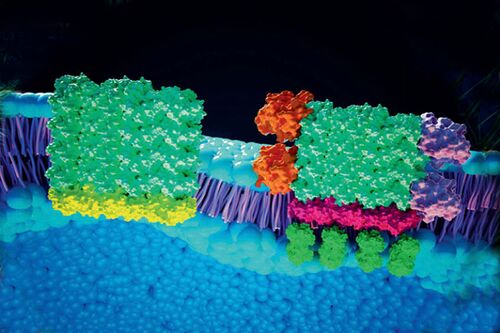