Martin D. Burke, a professor of chemistry and of the Carle Illinois College of Medicine, has been elected to the National Academy of Medicine. Election to NAM “is considered one of the highest honors in the fields of health and medicine and recognizes individuals who have demonstrated outstanding professional achievement and commitment to service,” according to the Academy’s announcement.

Burke was elected for “creating a modular molecular synthesis platform with broad applications in health science and technology, including his pioneering research on molecular prosthetics for cystic fibrosis, and for helping mitigate the spread of COVID-19 with saliva-based testing.”

Burke pioneered a class of chemical building blocks, now commercially produced and used in many labs, and an automated molecule-making machine that puts the blocks together to synthesize small molecules and create derivatives simply and quickly. This enabled a new field of “molecular prosthetics” with the goal of treating currently incurable diseases caused by a loss of protein function with small molecules that can do the same jobs. His work already has made steps toward new treatments for cystic fibrosis and certain severe anemias.

Burke, the May and Ving Lee Professor for Chemical Innovation, also was a leader of the SHIELD team at Illinois that created and implemented a saliva-based test for COVID-19. Broad implementation of this test enabled the campus to remain open for in-person instruction from fall 2020 onward through the pandemic, and the test now is used by universities, K-12 schools and organizations across the country.

“Professor Burke’s election is well-deserved recognition of his pioneering research methods. It is a testament to his unwavering focus on finding solutions that can directly and immediately impact people’s lives and the health of our entire communities,” Chancellor Robert J. Jones said. “We are very proud of Professor Burke, and this is a cause for celebration for all of us here at Illinois.”

Among other honors, Burke is a fellow of the American Association for the Advancement of Science and previously has been recognized with a Presidential Medal from the University of Illinois System, the Nobel Laureate Signature Award for Graduate Education in Chemistry from the American Chemical Society, and an Alfred P. Sloan Foundation research fellowship.

Read article:
New faculty members begin teaching and research at U of I
LAS welcomes 38 new professors in a variety of academic units
END_OF_DOCUMENT_TOKEN_TO_BE_REPLACED 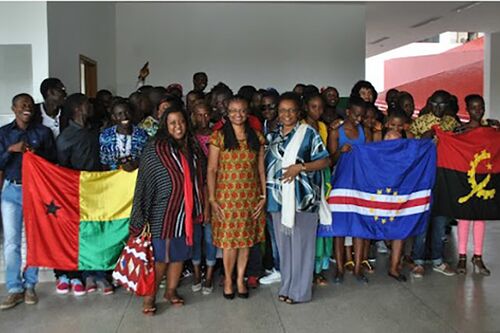