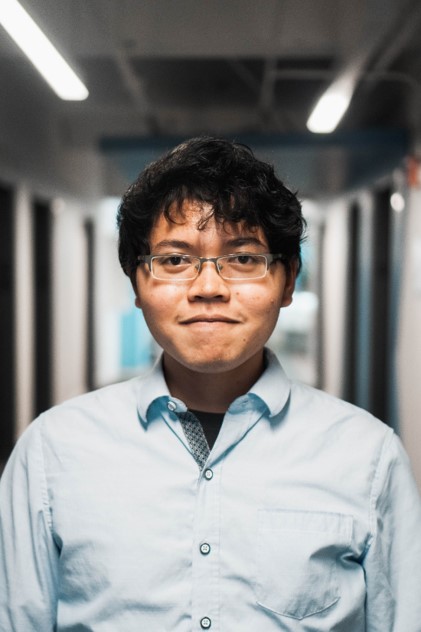 Tredayne Cabanlit is a recent graduate of LAS, where he majored in linguistics with a focus on phonetics and phonology. The founder of several startups – most recently an app named Personae that uses speech visualization to help users with their articulation accuracy — Cabanlit is passionate about entrepreneurship because of its potential as a tool for social good.

Many students, even those passionate about their education, don't associate a liberal arts education with entrepreneurship. The main reason for this is because startups are seen as a "techie" enterprise where the most innovative software or hardware succeeds. In reality, this is far from the truth, because behind every tech product is a huge infrastructure that relies on human-centered research, which is one of the strengths of an LAS education!

As I entered college, I wasn't aware that my degree in linguistics could translate to a passion for entrepreneurship. But, lucky for me, my eyes were opened during my time here. In the spring of 2019, I attended a 3 Day Startup for Social Innovation event, where in the span of a weekend, we created a startup from scratch. I attended because the event explicitly stated that it was intended for anyone interested in creating social impact and that it was for all majors.

At the 3 Day Statrup event, I joined a team that was trying to tackle food deserts. A subset of the group wanted to continue working on the project after the event, and the startup team Rising Sprouts was born. We actively reached out to leaders in the food space on campus to gain advice on the best way to tackle food insecurity in Urbana-Champaign. We filled out an application for iVenture soon after and were surprised to see that Rising Sprouts made the cut.

During my time with the iVenture program, I learned more about entrepreneurship and I was hooked! This was a way to make a meaningful and widespread impact as quickly as possible—a way to materialize ways to make the world a better place.

So, on to my second startup! As an environmentalist, plastic pollution bothers me a lot, so I started the startup Green Spate Bulk Stations, which uses robotics and automation to facilitate bulk shopping and reduce our reliance on single-use plastic packaging.

When this fall came, another weekend startup event called 54.io happened, and I joined the team Personae (formerly called Sullivan) which uses speech visualization to help users with their articulation accuracy. We ended up winning first place in the pitch competition.

Within one year, I was already part of three startups!

My coursework in linguistics obviously helps with Personae since I focused pretty heavily on acoustic phonetics during my time as an undergrad, but experience in linguistics helped me with Rising Sprouts and Green Spate Bulk Stations as well. The knowledge about how to deal with both objective and subjective data gave me an upper hand when we did market research, customer discovery, and our business plan.

For those considering LAS at Illinois, come experience the best of both worlds! Go deep in your major to hone your skills, then apply that knowledge to make the world a better place within the amazing start-up environment on campus.