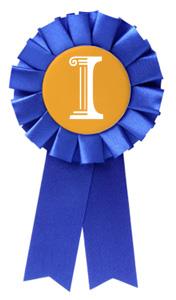 Douglas Barnes was visiting a remote village in southern India in the 1990s when he ducked into a small thatched-roof house and found a woman sitting on the earthen floor and lighting a wood fire on a traditional stove made of clay. Smoke filled the entire two-room house, and Barnes suddenly noticed that he was getting quite woozy. Smoke rises, so he quickly crouched down before he keeled over right then and there.

“I also noticed a sleeping baby immersed in smoke, for one of the traditions in south India is to have swinging children’s beds suspended from the ceiling,” Barnes says, “When I finally got outside, I took a deep breath.”

This incident drove home just how potent a house filled with smoke can be, particularly for women and children who spend so much time by the fire in developing countries. The push for cleaner-burning cookstoves is the latest drive for Barnes, an LAS alumnus who devoted his career to solving energy problems in poorer parts of the world. His leadership at the World Bank in rural electrification, renewable energy, and clean cookstoves has earned him a 2012 LAS Alumni Achievement Award.

Barnes grew up in the coal-mining region of western Pennsylvania in one of the poorest counties in the United States. After receiving his bachelor’s in sociology from Ohio University, he entered the Peace Corps in 1969 and traveled to remote areas of India. There, he received his first taste of international work, conducting surveys of irrigation pumps for agriculture.

Barnes was drawn to the University of Illinois because of its strong South Asian studies program, and he received his PhD in sociology in 1979. He then moved to Washington D.C. where he worked for Resources for the Future, a think tank that put him on an unexpected track for a sociologist—studying the impact of rural electrification in developing countries. One of the controversies at the time was whether you should invest in rural electrification in developing countries because of the high cost of the infrastructure.

Barnes visited many villages with and without electrification, and he says the benefits were clear. His research backed up this observation.

“We established a close relationship between electricity and school attendance,” he says. “Children are able to study in the evening because of electric lighting, so they are better prepared for school.”

His studies also revealed that electricity increased socializing in the evenings, improved irrigation systems, and increased the productivity of women, who could now produce handicrafts in the dark evening hours and then sell them. In some cases, this added a dollar per day to their income.

“This may not sound like much,” he says, “but when the poverty line is a dollar per day in many countries, it makes a big difference. It can take you above the poverty line.”

Since 1983, Barnes has done much of his rural energy work for the World Bank, but he has also been a consultant for various U.S. and United Nations agencies. While the first phase of his work aimed to get rural homes on the electrical grid, the second phase targeted remote areas where connecting homes to the grid was not possible. He worked on a program in Bangladesh to install household electricity systems based on free-standing solar panels—one of the most successful World Bank renewable energy programs at the time. Today, there are over a million solar home systems in Bangladesh.

Although the two electrification programs were extremely successful, Barnes initially had a hard time generating interest at the World Bank in the third phase of his work—clean cookstoves. It wasn’t until concerns about climate change arose that interest began to take off.

But, as he explains, concerns about primitive cookstoves go beyond climate change. According to Barnes, 2.5 billion people in the world cook and heat their homes with biomass fuels, and about 2 million deaths occur every year due to smoke exposure.

Smoke causes a range of health problems, such as child pneumonia, lung cancer, chronic obstructive pulmonary disease, and heart disease, as well as low birth weight in children born to mothers who breathed smoke from open fires during pregnancy.

Barnes retired from the World Bank in 2008, but he remains heavily involved as co-chair of the monitoring and evaluation efforts in the Global Alliance for Clean Cookstoves. He is also a lead energy consultant for the World Bank and an advisor for a large nationwide survey in India administered by the University of Maryland and the National Council of Applied Economic Research, India.

Looking back on all of this work, he recalls a focus group in the Philippines in which he asked people if they would be willing to give up electricity for a long period if they were paid a certain amount of money. In other words: How much is it worth? He expected the older people to think, “I lived without electricity before and I can do it again if it means being paid $20,000.”

But most people who had experienced life without electricity said no amount of money would be worth losing it. They had seen the benefits of electricity, and as Barnes says, “The benefits were not gradual. It was a sea change.”

Read article:
College of LAS names winners of its 2020 alumni awards
10 alumni will be honored in October
END_OF_DOCUMENT_TOKEN_TO_BE_REPLACED