Editor's note: Anyone familiar with the research of Bruce Fouke would associate him with hot springs, kidneys, and coral reefs before they’d associate him with student-athletes. The geology and microbiology professor, however, a former collegiate basketball player at Bradley University, has collaborated with long-time friend and colleague, Joseph L. Cross, a research associate and postdoctoral fellow at the Carl R. Woese Institute for Genomic Biology (and a former Illini basketball player from the Bill Self era) to create a new outreach program at IGB that allows athletes at U of I summer youth sports camps to visit campus science facilities. Hundreds of athletes and coaches have taken part in the program, and Fouke and Cross have released a new study analyzing the rift between scholarly activities and sports. They spoke with Illinois News Bureau education editor Sharita Forrest.

In your study, you wrote there’s a “damaging rift between academics and athletics.” How does that rift affect young players?

Many of the connections between faculty members and athletic officials that used to exist have fallen away, making it difficult to recruit, retain and support the scholar-athlete.

Joseph Cross: Young people tend to identify as either a scholar or an athlete, but not both. We believe that all people seeking to educate themselves and better understand the world in which they live are scholars.

Many youths in underrepresented and underserved communities view their sports ability as their one-way ticket to the future. This places unrealistic, unfair pressure on them that sports is their only opportunity for success.

In truth, they have a far greater chance at getting a college degree. Less than 1 percent of them will play professionally, while about 86 percent of college athletes graduate, according to a recent study by the National Collegiate Athletic Association.

They don’t have to give up their dreams of going pro, but they owe it to themselves to strongly nurture their other gifts and interests in the humanities, the sciences, or other academic disciplines.

How do student-athletes meld these disparate identities as scholars and athletes?

JC:  Both the scholar and the athlete are pursuing excellence and training to hone their techniques and capabilities.

Student-athletes develop an incredibly powerful skillset. From the day they step onto a court or playing field, they learn time management, commitment, work ethic, leadership, teamwork, and health and wellness.

We want to awaken them to the realization that these are the same skills that are required to excel academically and professionally in any field – regardless of their ethnicity, race, gender, religion, sexual orientation, disability, or economic status.

How can schools and coaches better support their athletes’ scholarly pursuits?

BF: By helping student-athletes develop a balanced, realistic perspective on the possibilities for their life – this is what’s missing when you talk to many young scholar-athletes.

This means encouraging athletes to find personal connecting points between their academic achievements and skills to achieve success and fulfillment.

Currently, there’s debate about whether collegiate athletes should be paid. We propose that major universities redefine the concept of a scholar-athlete and act swiftly to get out in front of this extremely important and challenging issue.

JC: It takes an enormous amount of commitment to be a collegiate athlete – with the daily routines of classes, team practices, weight and conditioning training, game-day competition, travel, media interviews, family, and other obligations. Oftentimes, this isn’t recognized.

As a former academic adviser in the College of Education, I had many student-athletes who couldn’t do the certification program because of their travel and practice schedules.

Universities may want to adjust their programs – i.e., lab schedules, offering courses during both semesters and over the summer – to meet the needs of these scholar-athletes, without diluting the academic rigor.

Also, when athletes speak with the media, identify their academic tracks – not just the sport they play.

In summer 2018, you conducted Scholar-Athlete Camps as part of this study. What was the goal of your camps and how did they differ from traditional sports camps?

JC:  In most athletic summer camps, participants spend their time engaged only in sports, without seeing the research and scholarship activities on campus.

Around 600 elementary through high school athletes participated in our Scholar-Athlete Camps, which exposed them to faculty members, graduate and undergraduate students, and scholarly activities for two hours daily.

We also gave them a glimpse of the U of I student-athlete experience. Current athletes from the golf, gymnastics, and tennis teams talked with campers.

These sessions were the collaborative efforts of the Division of Intercollegiate Athletics, the IGB, and the Departments of Kinesiology and Community Health.

What research activities did the campers experience and what feedback did you get from campers and coaches?

JC: The campers were excited to be introduced to cutting-edge scholarly activities. We engaged them in things they could connect with, such as the role of the microbiome in nutrition, applying science measurement to their maximum oxygen uptake, growing muscle, and playing sports in space. They were surprised to learn they could do research in these areas as a college student.

BF: They also learned about Carl R. Woese’s discovery of archaea and about the study of coral reefs and Yellowstone National Park’s hot springs as natural laboratories to advance our understandings of energy, the environment, space exploration, and translational medicine.

The coaches were extremely supportive and thoroughly engaged; they genuinely wanted their campers to experience these activities. 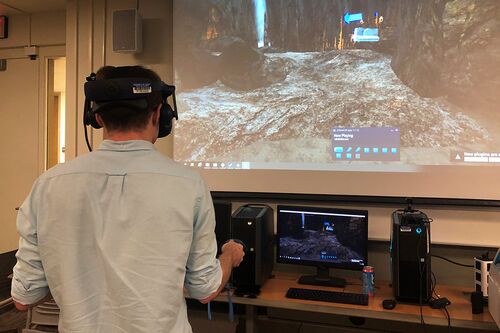 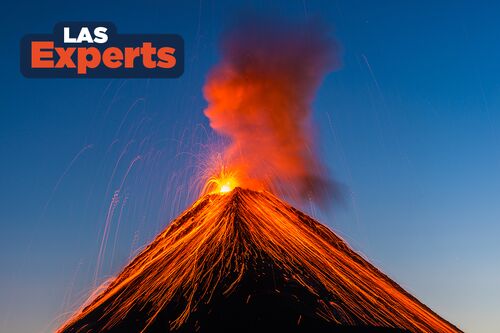 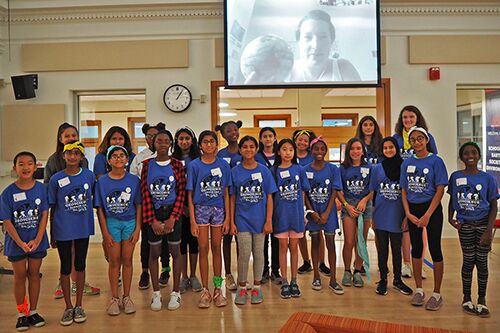