Skip to main content
Starting with William Howard Taft, several commanders-in-chief and First Ladies have visited the U of I before, during, or after their terms

From witnessing airplanes stuck in the mud to hearing predictions that Champaign and Urbana would soon unite into one city, the University of Illinois has played host to several memorable presidential visits since the early 1900s.

In fact, more than half of the U.S. presidents elected since 1911 have visited Urbana-Champaign before, during, or after their presidency, with several of them including a swing through the University of Illinois campus on their itineraries. The first sitting president to visit the University of Illinois was William Howard Taft, who visited during his presidency in February 1911. According to newspaper reports, the 27th U.S. president spent about two hours on campus, including a stop to survey the construction site of Lincoln Hall.

“Hello, Bill,” one of the workers called out from a window, according to the Urbana Daily Courier, to which Taft removed his hat and returned the greeting. The workers replied with applause and by tossing all of their hats into the air.

“To see so many young men and women preparing themselves to meet the problems of life is indeed a rare pleasure,” Taft said in his address. Interestingly, during his tour, Taft also predicted that the two cities of Champaign and Urbana would someday unite.

It wasn’t until almost 90 years later that another sitting president visited campus. In January 1998, President Bill Clinton addressed a full Assembly Hall, where he spoke about the importance of education as well as the need to increase medical and scientific funding. His speech echoed much of the sentiments of the State of the Union address he had made in Washington, D.C., just days earlier.

What made national headlines, however, wasn’t Clinton’s speech but his exit. Clinton was forced to make an emergency switch from Air Force One to a backup plane upon his departure from Willard Airport, as Air Force One’s wheel became stuck in mud while it was preparing for takeoff.

The backup plane that Clinton eventually departed on, SAM 26000, transported a president for the last time that day, as it was subsequently placed in the National Museum of the United States Air Force. It had served since the John F. Kennedy administration.

Speaking of Kennedy, several future presidents have campaigned on campus before their terms in office. Kennedy visited the Urbana-Champaign community in 1960, weeks before he was elected president. Upon arriving at Willard Airport, Kennedy traveled through Campus Town in a motorcade, greeted by thousands of spectators. An estimated 10,000 spectators packed the Main Quad to hear his speech, which was the first political speech allowed on the campus since the 1870s.

Kennedy also visited campus in 1957. A senator from Massachusetts at the time, Kennedy gave an address entitled ‘Politics: Our Most Neglected Profession’ at the university’s senior convocation in Urbana.

Jimmy Carter, the nation’s 39th president, visited campus in 1976, prior to his election, and spoke to 2,000 students at the Auditorium (now called Foellinger Auditorium). He promised a blanket pardon to those who deserted the military during the Vietnam War, according to Illinois Public Media’s Illinois Pioneers program.

Only one U.S. president visited campus after his term, and that’s Barack Obama, who visited campus in September 2018. Obama spoke in Foellinger Auditorium, where he urged students to vote and accepted the Paul H. Douglas Award for Ethics in Government from the Institute of Government and Public Affairs. Obama also visited the Champaign-Urbana community prior to his presidency, when he was a U.S. senator and an Illinois state senator.

A few First Ladies have also visited campus. Eleanor Roosevelt, the wife of Franklin D. Roosevelt, who came to campus in 1942, one year after the Illini Union was opened. She cut the cake at a dedication ceremony. In 1994, Hillary Clinton delivered the university commencement address. Michelle Obama is also said to have visited the ChampaignUrbana community while her husband campaigned.

There have been several presidential visits to ChampaignUrbana when the president never set foot on campus, but they no doubt had an impact on the U of I. In 1976, President Gerald Ford spoke at Centennial High School in Champaign. He never came to the U of I campus, though he was greeted by U of I President John Corbally at Willard Airport (which is owned and operated by the U of I).

Other presidents to visit the twin cities include Harry Truman, who came to town on whistle stop tours in 1948 and 1952, with his latter visit generating a crowd so large at the train depot that spectators were climbing trees to get a glimpse of him. Shortly after that, Dwight Eisenhower, in the midst of his “I Like Ike” campaign, also stopped in Champaign during a whistle stop tour.

Theodore Roosevelt, the nation’s 26th president, visited Champaign-Urbana in April 1912, some three years after the end of his presidency. He was running for a third term in office as a member of the Progressive Party, and he addressed a crowd of thousands at West Side Park.

Roosevelt had planned to return to Champaign-Urbana in October of that year, but one day before his scheduled visit he was shot in Milwaukee. He famously delivered his speech in Wisconsin despite the wound, even as blood stained his shirt. The wound prevented him from visiting Champaign-Urbana the next day, however.

Of all the presidential visitors to Champaign-Urbana, the one who stayed the longest was Abraham Lincoln. This occurred before his presidency, when he was a lawyer on the 8th Judicial Circuit. For about 20 years he practiced law in the region, from defending accused criminals to representing the interests of the Illinois Central Railroad at the Urbana courthouse. In the late 1850s, he campaigned in Champaign County during his famous senatorial race against Stephen Douglas. In 1857, he sat for a portrait in Urbana by Samuel G. Alschuler, an immigrant from Bavaria who operated a photo-gallery in Urbana.

Given that his time in Urbana-Champaign preceded the University of Illinois, there is no known connection between Lincoln and the university other than his signing of the Morrill Act in 1862 that allowed for the creation of landgrant institutions such as the U of I. There’s also that place that President Taft discovered in 1911: Lincoln Hall.

Editor's note: This story first appeared in the Fall 2020 LAS News magazine. For more stories about politics and politics-related issues, visit the Politics and LAS page. 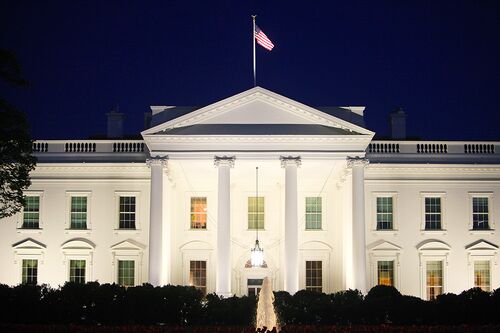 Read article:
A tense time for transition
History and the uncertainty of current events will set the tone on Inauguration Day
END_OF_DOCUMENT_TOKEN_TO_BE_REPLACED 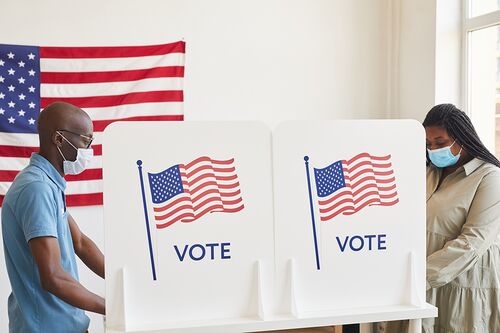 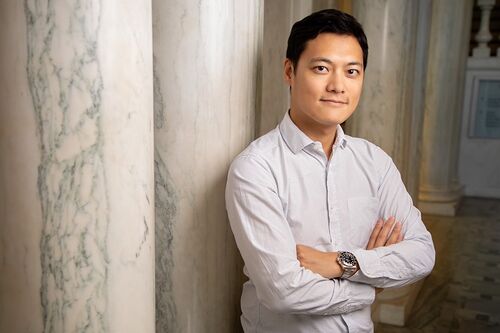