Skip to main content
Atmospheric scientists: A drop in carbon dioxide emissions during the pandemic needs more effort to be sustained

The COVID-19 pandemic has been a disaster for the world, but efforts to control the disease have produced at least one silver lining in terms of the environment: a decrease in global emissions.

Efforts to mitigate the spread of COVID-19, such as lockdowns, social distancing, and closures, resulted in a drop in the emissions of several harmful gases, most notably carbon dioxide, throughout much of 2020.

According to Atul Jain, professor of atmospheric sciences, the Global Carbon Project, to which he was a contributor, estimated that, due to worldwide COVID-19 restrictions, carbon dioxide emissions dropped by 2.4 billion tons, or 7 percent, in 2020. The decline was unprecedented, with the largest drops in the U.S. (–12 percent), European Union (–11 percent) and India (–9 percent). China, the largest emitter, experienced the least pronounced drop (–1.7 percent). COVID-19 restrictions were earlier in the year there, and more limited in time.

Though the worldwide drop was significant, Don Wuebbles, Harry E. Preble Professor of atmospheric sciences, cautioned that it was not enough to reverse the effects of climate change.

“It was a small enough decrease that it would not stop the increase in atmospheric carbon dioxide concentrations, it would just slow it down a little bit,” said Wuebbles. “You have to almost go to zero human emissions before you're really going to start leveling out the concentrations.”

The decrease in emissions was largely due to decreased transportation and industrial activities globally over the past year, and is set to rebound once communities around the world start to reopen their doors. Jain said that a combination of policy changes and mindfulness from citizens beyond the pandemic is necessary to curb emissions and reduce their effect on climate.

“This is temporary. You cannot expect this to happen next year unless and until we take some drastic measures,” Jain said. “If our goal is to accomplish the Paris Climate Agreement, which is a 1.5 to 2 degree warming ceiling by the middle of the century, our modeling studies suggest that we have to reduce emissions by the same amount of what we have experienced last year, but in a consistent manner and in ways that encourages economic stability and improve the quality of life of the people worldwide.”

Wuebbles said that he believes the pandemic has made more people aware of the importance of nature and protecting our planet. 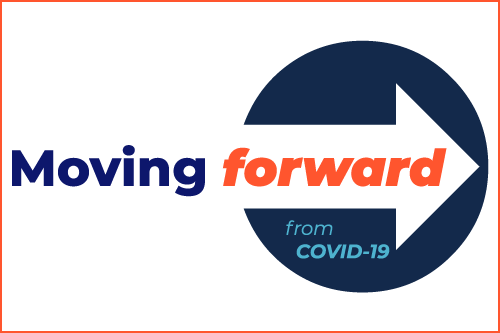 “I think it's made some people think more about the environment and the value of nature. Everybody wants to get out in nature right now,” Wuebbles said. “And so things such as the heatwave and drought in the Southwest are hopefully having some impacts on people's minds.”

Drought, heatwaves, intensifying storms and rising sea levels are frightening to imagine, and Wuebbles said that could be a reason many people are so reluctant to accept the dangerous possibilities of climate change. He said he tries to find ways to combat this reaction when he talks to people about the issue.

“I give a lot of public talks, and I always end up with a slide on hope, because I know I've been totally depressing the rest of the talk,” Wuebbles said. He believes that the gloomy models can be thwarted, but only if everyone does their part to reduce impact on the environment.

Read article:
Ten LAS students and young alumni offered Fulbright grants
Sixteen grantees from U of I are tied with the most ever offered in one year on campus
END_OF_DOCUMENT_TOKEN_TO_BE_REPLACED