Sharon Mosher’s mother always kidded her that she was born with a rock in her hand.

Mosher’s father would take her as a child on Illinois State Geological Survey field trips, and whenever her family went on their annual vacation, Mosher would map the route, figuring out stops where she and her older sister could find rocks.

“We had bushel baskets of rocks in the basement,” she said.

Today, Mosher still hunts for rocks and maps out routes—only she is now mapping future paths for the acclaimed Jackson School of Geosciences at the University of Texas at Austin. Since 2009, she has been dean of the school, the largest geosciences academic institution in the country.

Mosher is also known worldwide for her research on mountain formation millions of years ago when continents collided. She brought new life to two major geological associations, and she helped spearhead a national initiative to evaluate what undergraduate students in geosciences across the country need to know.

As a geosciences leader with international stature, Mosher has been honored as a winner of the 2016 LAS Alumni Achievement Award.

Between earning her bachelor's degree at Illinois and starting a geology master's degree program at Brown University, Mosher traveled the country alone, trying to hit every national park she could.

“I was hoping to see as much geology as possible, and I also wanted an opportunity to be on my own,” she said.

Mosher returned to Illinois for her PhD, drawn by U of I’s emphasis on both fieldwork and theory, as well as by top professors such as Dennis Wood and David Anderson.

Even as a PhD student, Mosher began to leave her mark, documenting one way that rocks in the New England Appalachian Mountains deformed under pressure and high temperatures. She looked at how two pebbles, when pushed together under the right conditions, can dissolve and change shape.

“It’s like ice skating,” she said. “The reason you can skate is the blade puts pressure on the ice and you get a small amount of melting.” The same thing happens as rocks press into each other and dissolve. Scientists knew the process occurred because of the weight of rocks after they become buried, but she was the first to actually document this type of deformation.

Mosher also documented how the Appalachian Mountains were affected 275 to 290 million years ago when Africa collided with North America. Geologists had known that this collision affected the southern and central Appalachians, but she showed that it also affected the New England mountains.

Mosher officially began work at the University of Texas on the day she defended her PhD dissertation at U of I in 1978, and she has spent her entire career at Texas. Research has taken her all across the world, but some of her most important work took place in her state’s backyard, looking at Texas in the Precambrian period about one billion years ago and studying the geological evolution of the southern margin of North America.

Other major work was done south of New Zealand, where the Pacific and the Australian tectonic plates meet. About 40 million years ago, the plates moved apart, creating new ocean floor, and they now slide past each other on a transform fault similar to the San Andreas Fault. Her team studied changes in the boundary between the plates over time.

This research took her to the remote Macquarie Island, which was created when the sea floor became uplifted. To reach the island, researchers have to be taken there on an icebreaker, and they stay in research huts, sharing the island with close to 80,000 elephant seals and 4 million penguins. There are no forms of transportation on the island—no boats, no cars. So, to get around on the island, 20 miles long by 2 miles wide, the researchers walked.

Another memorable research trip was crossing the Andes Mountains in Tierra del Fuego on horseback, along with one of her students, another faculty member, and gauchos as guides.

“We were completely in the wild,” Mosher said. “No people anywhere.”

As a faculty member, she has taught geoscience to thousands of students and supervised 55 master’s and PhD students. She said her greatest love was teaching geology in the field, serving as field camp director for 15 years.

Her husband, Mark Helper, is also an Illinois alumnus in geology (BS, ’78) and on the faculty at Texas, so some of their two daughters’ fondest memories growing up are adventures in the field with their parents.

The Jackson School of Geosciences is a large but young school. It was formed in 2005 when the University of Texas received a $272 million endowment, uniting three geoscience units that had been scattered across the campus. Today, the school has 56 faculty members, another 90 PhD research scientists, and nearly 50 PhD technical staff. It also has about 650 students, half of them graduate students and the other half undergrads.

The school is housed in several building on the two Austin campuses, and they have extensively renovated an existing building with state-of-art research labs and “a pretty spectacular student center,” she says.

Before becoming dean, Mosher served as president of the Geological Society of America (GSA) in 2000 and 2001—a time when the society teetered on bankruptcy. She helped lead the GSA from the brink, and today the society is thriving with roughly 25,000 members.

In 2004, she became the first person from the geosciences to chair the Council of Scientific Society Presidents, an organization that serves 1.5 million scientists. And more recently, she was president of the American Geological Institute in 2012 and 2013. She believes one of her greatest achievements was the founding in 2004 of the non-profit GeoScienceWorld, one of the first aggregations of journal articles in any scientific field.

As dean, she said she is most proud of creating a strong program for undergraduate and graduate students, as well as building collaborative research groups that address significant problems, such as the pattern of persistent droughts and flooding in Texas.

The Texas school also developed a rapid response program that travels across the globe to offer technical assistance. For example, they sent out a group to map the seafloor off of Long Island Sound and the Hudson River to see where sand had shifted after Hurricane Sandy and where dredging needed to be done. When a major typhoon struck the Philippines in 2015, Texas hydrologists studied its effect on aquifers and drinking water.

Meanwhile, with a geologist husband, and one of two daughters employed as a geologist, there remains no shortage of rocks around their house. She even has some of the rocks she collected as a child and uses them in her classes.

Mosher was born with a rock in her hand, and she still hasn’t let go. 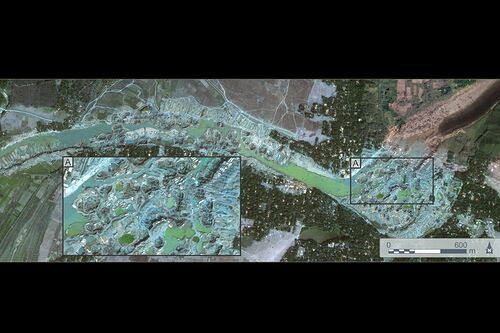 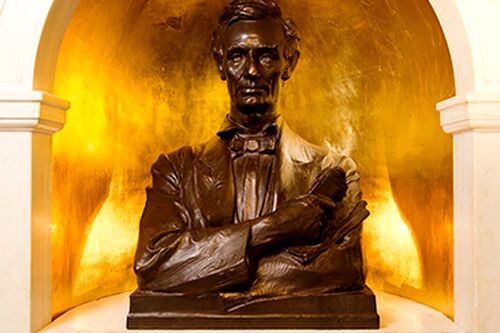